Lifelong Mormon Lyndon Lamborn went to an LDS “Disciplinary Council” meeting on August 19th 2007. The only thing on the agenda was to determine what should be done with Mr. Lamborn’s membership in the LDS Church. He had lost his faith in Mormonism when he discovered discrepancies between the way LDS history was presented by the Church and actual historical facts (Mormon Coffee discussed Mr. Lamborn’s story in September 2007). The August Disciplinary Council meeting resulted in Mr. Lamborn’s excommunication.

At the Council meeting, President James Molina summarized the concerns of the Church for Mr. Lamborn:

”The overview that I would give from our discussions that you and I talked about last time as we sat in council, based on talks with you, that you no longer believe in the teachings of the church, but also have taken some of your personal beliefs and findings and tried to persuade some members of the church into believing the same things, or that you would maybe be opening their eyes to some of the facts that you had found, and to me that is where the real issue lies. It is one thing for you to believe, you are certainly welcome to believe what you would like, but when you start to take those things to other members of the church and persuade them not to follow the commands of the prophets, requires church discipline.” 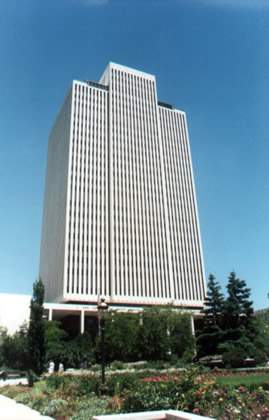 This surprised me. Apparently, it was not actually Mr. Lamborn’s apostasy that required church discipline; it was talking to others about it that caused concern.

From what Mr. Molina said, if Mr. Lamborn would have just kept quiet he would have been free to remain a member in good standing — even though he no longer believed “in the teachings of the church.”

This raises questions. Is personal belief irrelevant to LDS Church membership? To become a member certain beliefs must be affirmed, but if a member loses his or her testimony at some point, as long as he doesn’t talk about it, it appears he is welcome to remain a member of the Church. In that case, just what does it mean to be a member of the Mormon Church – to be a Mormon — if beliefs are not part of the equation? And if it doesn’t really matter what a member believes, then why does it matter if one member persuades another to believe differently?

The LDS Church claims to be a restoration of the early Christian church, yet the Bible doesn’t provide any precedent for diminishing the importance of doctrine. On the contrary, the Bible says that believers are not to welcome or receive people who hold to conflicting doctrines (2 John 1:6-11). True believers are to separate themselves from unbelievers (2 Corinthians 6:14-18). A good servant of Christ follows sound doctrine and has nothing to do with “irreverent, silly myths” (1 Timothy 4:6-7). The description of the fellowship of early believers is that “all who believed were together” and they “devoted themselves to the apostles’ teaching” (Acts 2:42-44).

Jesus said that those who worship God must worship Him “in spirit and in truth” (John 4:24). He said, ““If you abide in my word, you are truly my disciples, and you will know the truth, and the truth will set you free” (John 8:31-32). Biblically speaking, to be a member of Christ’s church, one must believe in the truth – the way, the truth, and the life (John 14:6).

This is yet one more way in which the LDS Church deviates from biblical Christianity.

Sharon surrendered her life to the Lord Jesus Christ in 1979. Deeply passionate about Truth, Sharon loves serving as a full-time volunteer research associate with Mormonism Research Ministry. Sharon and her husband live in Minnesota.
View all posts by Sharon Lindbloom →
This entry was posted in Truth, Honesty, Prayer, and Inquiry and tagged Church membership, Integrity, Lyndon Lamborn. Bookmark the permalink.