What did you do in the pre-existence?

The circumstances under which a person is born into this world directly correlates to the individual’s behavior in the pre-existence. Or so Mormon General Authorities have freely taught. Born Black? You are cursed because of your behavior in the pre-existence. Born in China with “dark skin”? You were less obedient than you could have been in your first estate. Born among the “starving hordes of India”? Your lack of pre-mortal worthiness is to blame. In 1954 LDS Apostle Mark E. Petersen explained,

“These are rewards and punishments, fully in harmony with [God’s] established policy in dealing with sinners and saints, rewarding all according to their deeds….” (delivered to the Convention of Teachers of Religion on the College Level, Brigham Young University, August 27, 1954. For the sources of the other statements made above, see Alvin R. Dryer, “For What Purpose?”; Joseph Fielding Smith, Doctrines of Salvation, 1:61. Sources gleaned from the Faith Promoting Rumor blog)

“Old news,” some may say. “Outdated personal speculation.” Yet the doctrine continues to find life in Mormonism. 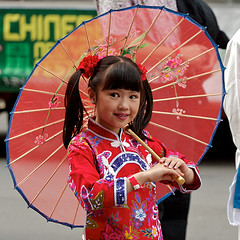 On March 11, 2008 Terry B. Ball, professor and Dean of Religious Education at BYU, presented a devotional address titled, “To Confirm and Inform: A Blessing of Higher Education.” Dr. Ball said,

“Have you ever wondered why you were born where and when you were born? Why you were not born 500 years ago in some primitive, aboriginal culture in some isolated corner of the world? Is the timing and placing of your birth capricious? For Latter-day Saints the answer is no. Fundamental to our faith is the understanding that before we came to this earth we lived in a pre-mortal existence with a loving heavenly father. We further understand that in that pre-mortal state we had agency. And that we grew and developed as we used that agency. Some, as Abraham learned, became noble and great ones.”

Unlike past LDS leaders, Dr. Ball did not suggest that a non-Caucasian earth birth is a curse or somehow reflects poor pre-mortal behavior. Instead, his comments are built around the idea that God chose the circumstances of each person’s birth based on growth needed to reach one’s full eternal potential. Nevertheless, the basic theme, from early Mormonism to today, is the belief that by a person’s behavior in the pre-existence, he merits the position and advantages he possesses during his mortal life. As past LDS Prophet David O. McKay is quoted in Doctrines of the Gospel Student Manual,

“From this revelation [Abraham 3:23], we may infer two things: first, that there were among those spirits [in premortal life] different degrees of intelligence, varying grades of achievement, retarded and advanced spiritual attainment; second, that there were no national distinctions among those spirits such as Americans, Europeans, Asiatics, Australians, etc. Such ‘bounds of habitation’ would have to be ‘determined’ when the spirits entered their earthly existence or second estate. . . .

“Now if none of these spirits were permitted to enter mortality until they all were good and great and had become leaders, then the diversity of conditions among the children of men as we see them today would certainly seem to indicate discrimination and injustice. . . .

“When, therefore, the Creator said to Abraham, and to others of his attainment, ‘You I will make my rulers,’ there could exist no feeling of envy or jealousy among the million other spirits, for those who were ‘good and great’ were but receiving their just reward.” (page 14 [chapter 6])

Mormonism is a relentlessly merit-based religion. Even when and where we are born (according to Mormonism) is directly tied to our worthiness (or lack thereof) as demonstrated by our choices in the pre-existence.

As in mortal birth, so too for eternal life. LDS Apostle Bruce R. McConkie taught,

“Jesus…makes a pronouncement of wondrous import: If thou wilt enter into life, keep the commandments. This is the sum and substance of the whole matter. Salvation, eternal life, rewards in all degrees and varieties—all come by obedience to the laws and ordinances of the gospel. Salvation must be won; it is not a free gift… But what of grace? Grace is the love, mercy and condescension of God in making salvation available to all men. ‘It is by grace that we are saved, after all we can do.’ (2 Ne. 25:23) Eternal life is freely available; salvation is free in that all may drink of the waters of life; all may come and partake; but none gains so high a reward as eternal life until he is tried and tested and found worthy…” (The Mortal Messiah 3:302)

Salvation must be won; it is not a free gift. We are saved by grace after all we can do. Only those who prove themselves worthy gain eternal life. The Messiah never said such things. Instead, He said,

“But God, being rich in mercy, because of the great love with which he loved us, even when we were dead in our trespasses, made us alive together with Christ—by grace you have been saved—and raised us up with him and seated us with him in the heavenly places in Christ Jesus, so that in the coming ages he might show the immeasurable riches of his grace in kindness toward us in Christ Jesus. For by grace you have been saved through faith. And this is not your own doing; it is the gift of God, not a result of works…” (Ephesians 2:4-9)

Thanks be to God for his inexpressible gift!

Sharon surrendered her life to the Lord Jesus Christ in 1979. Deeply passionate about Truth, Sharon loves serving as a full-time volunteer research associate with Mormonism Research Ministry. Sharon and her husband live in Minnesota.
View all posts by Sharon Lindbloom →
This entry was posted in Worthiness. Bookmark the permalink.

60 Responses to What did you do in the pre-existence?