Before God Was God

In March I posted “Least Influential Mormons” here on Mormon Coffee. I wrote,

“If we were making a list, I think we might include the names of at least the first five LDS prophets as those whose doctrines are often considered irrelevant in Mormonism today. A number of their significant teachings have fallen by the wayside.” 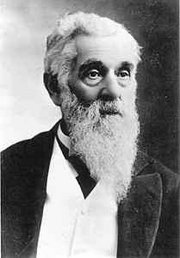 I provided examples of some of these teachings, including Lorenzo Snow’s couplet on the nature of God (“As man now is, God once was: As God now is, man may be.”) A Latter-day Saint reader responded:

“Haha. I can only laugh at this posting. The thought came to me: Who better to tell ME (a proactive and faithful member of the LDS Church) what teachings are ignored or taught in the Church, than Sharon? It’s hilarious.

“The Lorenzo Snow couplet is one of the LEAST ignored teachings in the Church. I hear it, at least, twice a month…. Which is a lot, considering.

“…So, you made me laugh, Sharon. You say that Lorenzo Snow’s couplet is an ignored teaching, when I hear it ALL THE TIME, in the Church. It really hurts your credibility.” (Excerpted from lengthier quote)

Sometime later I came across Krista Tippett’s January 2008 interview of LDS scholar Robert Millet (Speaking of Faith on American Public Media). In this interview, Ms. Tippett asked Dr. Millet about the LDS godhead. She expressed her understanding that the Mormon idea of God is that He is a product of something like spiritual evolution: “God who was once a man, and moved into this very different kind of being.”

Dr. Millet acknowledged the fact that Joseph Smith and other LDS prophets taught that God was once a man. He continued,

“but you know, it’s talked about so little, so infrequently; I hear much, much more of that teaching from those who are outside the LDS faith than I do from people within.”

How could the church experiences of our Mormon reader and Robert Millet be so different? One hears the doctrine “all the time” in the Church, and the other hears it “so little, so infrequently.”

In March I suggested that this could be a case of public Mormonism vs. private (members only) Mormonism. This idea seems to be borne out in a Church News report of the 61st annual Joseph Smith Memorial Lecture. Speaking to a Utah audience, Joe J. Christensen, then of the Presidency of the Seventy, told this story during the Memorial Lecture, related here by Church News:

“He [Christensen] told of speaking to a university class in the Southwest on the Church during a Religion in Life Conference. After the class, the professor approached him [Christensen] and asked him if he believed the statement, ‘As man is God once was, and as God is man may become.’

“‘I had purposely not used that statement during my remarks to the class because I felt that I could raise more dust with that one than I would be able to settle in one class period,’ he recalled. ‘After circumlocuting around and around the question, I finally said, ‘”Yes, we believe that.”‘” (Church News, 2/4/1995, 4; emphasis retained from the original)

Mr. Christiansen admitted the truth of the doctrine in the end. During the Tippett interview Robert Millet also admitted believing that God was once a man, for he thinks it’s “part of the faith.” Dr. Millet added,

“but it’s rather theologically tangential in the sense that we believe He’s a man; what went on before He was God we just have no idea.” 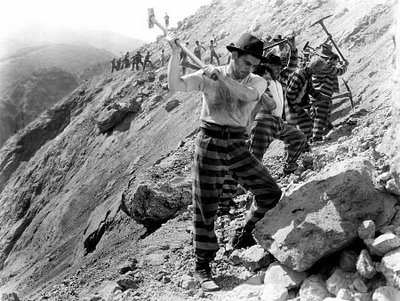 Dr. Millet referenced Joseph Smith’s King Follett Discourse earlier in the interview when he acknowledged prophets had taught God was once a man. It seems that if Dr. Millet is willing to believe Joseph’s teaching on that point, then Joseph’s statement on the pre-godhood of God should inform Dr. Millet on that as well. Joseph Smith said,

“…you have got to learn how to be Gods yourselves, and to be kings and priests to God, the same as all Gods have done before you, namely, by going from one small degree to another, and from a small capacity to a great one; from grace to grace, from exaltation to exaltation, until you attain to the resurrection of the dead, and are able to dwell in everlasting burnings, and to sit in glory, as do those who sit enthroned in everlasting power.” (Teachings of the Prophet Joseph Smith, 346-347)

So, according to the Prophet, what went on before God became God was this:

This seems pretty clear to me; and it’s pretty important as well. Those who believe the Bible can in no way consider the doctrine of God “theologically tangential.” Knowing God as He is–and worshiping Him alone–is theologically essential.

“‘…let him who boasts boast in this, that he understands and knows Me,…'” *

Sharon surrendered her life to the Lord Jesus Christ in 1979. Deeply passionate about Truth, Sharon loves serving as a full-time volunteer research associate with Mormonism Research Ministry. Sharon and her husband live in Minnesota.
View all posts by Sharon Lindbloom →
This entry was posted in God the Father, King Follett Discourse, Lorenzo Snow. Bookmark the permalink.

179 Responses to Before God Was God