The dispute over where the events in the Book of Mormon took place continues in a recent Deseret News/Mormon Times article titled, “Raiders of the Lost Book of Mormon Geography.” In the second installment of a two-part article “former CEO of a manufacturing company turned researcher” Rod Meldrum sets his theory against the limited geography model widely held among Mormons today. 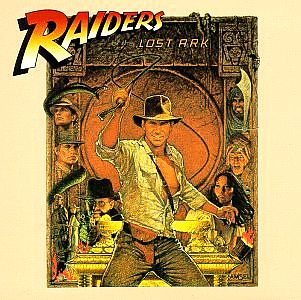 Mr. Meldrum is not willing to say that the limited geography theory is “completely false” or even “partially false,” but he takes issue with it. He says,

“So what we are saying here, by trying to limit the geography of the Book of Mormon to this little area, is that these [Book of Mormon] people that just came from the other side of the earth to get here, got here, and they never strayed less than one-third of the distance that Joseph Smith and those brethren (walked) in two months [with Zion’s camp], and that they stayed there for over a thousand years.”

Mr. Meldrum is not alone in his opinion of the limited geography model. While an Apostle, tenth LDS Prophet Joseph Fielding Smith wrote,

“Within recent years there has arisen among certain students of the Book of Mormon a theory to the effect that within the period covered by the Book of Mormon, the Nephites and Lamanites were confined almost entirely within the boarders of the territory comprising Central America and the southern portion of Mexico… In the face of this evidence coming from the Prophet Joseph Smith, Oliver Cowdery, and David Whitmer, we cannot say that the Nephites and Lamanites did not possess the territory of the United States and that the Hill Cumorah is in Central America. Neither can we say that the great struggle which resulted in the destruction of the Nephites took place in Central America…from all the evidence in the Book of Mormon augmented by the testimony of the Prophet Joseph Smith, these final battles took place in the territory known as the United States and in the neighborhood of the Great Lakes and hills of Western New York” (Doctrines of Salvation, 3:232, 240-241).

Mr. Smith was the LDS Church historian for forty-nine years. It was his understanding that those placing the location of the Hill Cumorah and other Book of Mormon spots in Central America did so “notwithstanding the teachings of the Church to the contrary for upwards of 100 years” (ibid., 233).

Who is a Mormon to believe? LDS scholars who are struggling to provide a credible real world setting for Book of Mormon events? Or past LDS leaders who laid claim to inspired authority? It would be helpful for “members of the Church [who] have become confused and greatly disturbed in their faith in the Book of Mormon” (ibid.) if the LDS Church would take an official position on the question.

Mr. Meldrum decided to take this matter into his own hands. He started with a foundational presupposition:

“‘Because I already knew the Book of Mormon is true, I knew there was going to be physical evidence for the Book of Mormon if we are looking for it in the right place,’ Meldrum said. ‘I don’t believe that God specifically hides stuff from his children. I think his children sometimes don’t listen to the prophets and they get in the wrong places.'”

After searching unsuccessfully for Book of Mormon artifacts for more than half a century, it would appear that nobody is listening — or that there is nothing to be found.

Sharon surrendered her life to the Lord Jesus Christ in 1979. Deeply passionate about Truth, Sharon loves serving as a full-time volunteer research associate with Mormonism Research Ministry. Sharon and her husband live in Minnesota.
View all posts by Sharon Lindbloom →
This entry was posted in Book of Mormon. Bookmark the permalink.