Posted on November 16, 2008 by Sharon Lindbloom

I’ve recently completed a 2-year study of the Old Testament book of Genesis. What a rich, sacred history God has given us in the opening pages of His Word. Though the book is a mere 50 chapters, it’s so packed with amazing events, prophesies and wisdom I could easily spend many more years in a dedicated study of these 78 pages of Scripture and continue to find fresh and new insight.

When I came to the end of my 2-year study, as I closed the cover of my Bible, I sat thinking about how the things begun in Genesis are fulfilled in Christ. I thought about the Patriarchs, Abraham, Isaac and Jacob, and the closing chapter of the book, which so beautifully highlights God’s faithfulness. The end of the book of Genesis prepares the reader for a seamless transition into the book of Exodus, where God continues the sacred history of His covenant faithfulness with His chosen people.

As I contemplated the final passages of Genesis, I remembered that Joseph Smith added 13 verses to the 50th chapter. With heart and mind saturated with the biblical writing, I opened the LDS edition of the Bible and turned to the appendix containing excerpts from the Joseph Smith Translation. As I read the words Joseph inserted between verses 24 and 25 it was like a needle skimming roughly across a phonograph record.

One thing that jumped out at me was an oft-repeated phrase that made a debut in Joseph’s added verses. Five times in this short passage there is reference to “the fruit/seed of my/thy/the loins.” This wording does not appear anywhere in the biblical book of Genesis. Indeed, in the entire Bible only one use of a similar phrase is found, “the fruit of his loins,” in Acts 2:30. To find it five times coming out of the blue in Joseph’s addition was striking. It might not be doctrinally important phraseology, but it does highlight the distinctiveness of Joseph’s addition.

The most remarkable subsection of Joseph Smith’s addition to Genesis is found in his verses numbered 30-33. It is here that we find a “prophesy” regarding the nineteenth century appearance of the Book of Mormon and the work of Joseph Smith himself. Though there is no biblical manuscript support for Joseph’s additions to Genesis, the LDS Church asserts that this passage is an example of Joseph Smith’s mission “foretold in ancient scripture” (as indicated at josephsmith.net). 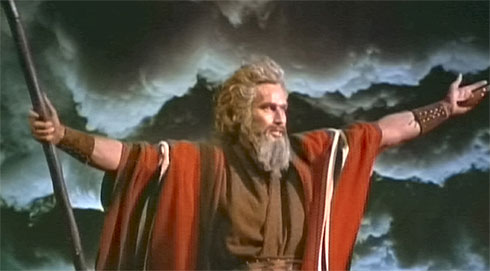 Joseph Smith’s Genesis 50:34 prophesies that when Moses would later lead the people of Israel, he would “smite the waters of the Red Sea with his rod.” But in the King James version of the Bible we learn that this is not what actually happened. Exodus 14:16-21 says that Moses was instructed by God to–and subsequently did–lift up his rod and stretch out his hand over the sea, whereupon the sea was divided by the LORD and the people crossed on dry ground. Moses did not “smite” the waters of the sea. In Exodus 7:17 it is recorded that Moses used his rod to smite the rivers; in Exodus 17:6 he used his rod to smite a rock; but he did not use his rod to smite the Red Sea as Joseph Smith’s addition to Genesis 50 says.

All in all, I see several reasons to reject the idea that Joseph Smith’s additions to the biblical text are authentic. Genesis 50:24-25 (without Joseph’s 800 word addition) says this:

Sharon surrendered her life to the Lord Jesus Christ in 1979. Deeply passionate about Truth, Sharon loves serving as a full-time volunteer research associate with Mormonism Research Ministry. Sharon and her husband live in Minnesota.
View all posts by Sharon Lindbloom →
This entry was posted in Bible, Joseph Smith and tagged JST. Bookmark the permalink.