Ignore the bad history, go with your gut 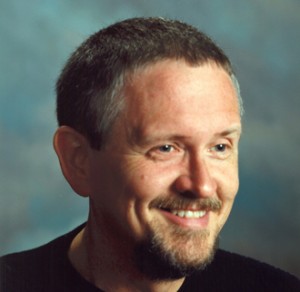 In the July 15, 2010 edition of the Mormon Times, popular LDS author Orson Scott Card reflects on how his church’s checkered history used to cause him consternation. Married to the oldest daughter of church historian James Allen, Card and his father-in-law took a trip one day to the Church Historical Department to research a play that Card was penning on Joseph Smith’s incarceration at the Liberty Jail. What he found was less than faith-promoting; in fact, he discovered that the Mormons occupying Missouri were not as innocent in their dealings with the “Gentiles” as he had apparently once thought.

“It was a time of turmoil, with some of the most prominent church leaders turning against the Prophet and getting excommunicated in the process,” Card said. “Some of them signed affidavits that appeared to justify criminal charges against Joseph Smith.”

He also learned about the Danites, a group of Mormons who physically retaliated against their enemies. This apparently bothered the Mormon author, who grew up learning “Saint Speak” stories reminiscent of Orwell’s 1984 where indoctrination, not the truth, seems to be the chief goal. These revisionist stories of historical events typically portray the Mormons as persecuted victims, oftentimes by only telling part of the story or by creating legendary details. According to Card, however, his father-in-law offered sage advice to help him deal with any doubts.

“I don’t remember now whether he actually said it, or whether I extrapolated it from his testimony and his calmness about the conflicting information from the Missouri era, but this is the principle I came away with: ‘Whatever happened or didn’t happen, Joseph Smith was the Prophet of God, and the gospel is true.’ Without realizing it, I had been letting my testimony slip into a dangerous condition of contingency. That is, I had been letting the accusations of traitors and anti-Mormons raise doubts in my own heart about whether the actions of church leaders had always been wise or good — and then I had been letting those doubts reach into the deeper place where my faith in the gospel resided.”

Did you hear Card’s rationale? Regardless of the facts of history, he learned that disregarding them was the best solution. The most important thing he could do as a Latter-day Saint was accept Smith as a prophet and, ultimately, the Mormon gospel as true. This fideistic mindset declares that faith trumps rational thought whenever the apparent facts differ with a person’s beliefs.

“Just because I was now finding out details about church history that had not been taught to me in Sunday School or in some of the official histories did not mean that the things I had been taught were not true. In short, why should I let my own previous ignorance make me doubt things about the gospel that I had ample reason to be certain of? I learned to approach church history, right up to the present, with this attitude: This happened … and the church is true.” (emphasis his)

Granted, people are certainly going to fail, and I for one would never claim that Mormonism ought to be judged mainly by the bad behavior of certain 19th century people calling themselves Latter-day Saints. But what Card fails to realize is that the Mormon faith is helplessly based on historical events.

Suppose history does show that Joseph Smith did have a vivid imagination. Let’s say he really was a teller of tall tales and, based on archaeology (Why the lack of the evidence in the ground to support the Book of Mormon story?) and science (Why does the DNA evidence contradict the idea that Native Americans were Lamanites?), the Book of Mormon is empirically shown to be a story Smith conjured up. And what if he merely pretended to have had “revelations” from God, Jesus, and an angel in order to lend support to his own theological and personal tastes? (For one, consider the doctrine of polygamy and how Smith personally benefitted from it, at least from his viewpoint.)  Then, very clearly, history does matter. Allowing our presuppositions to get in the way of the discovery of truth has a high price tag.

Instead of minimizing history, Scott and other Latter-day Saints ought to pay more attention to it. If Smith really was a true prophet and did restore the gospel, then there is something to Mormonism. If Brigham Young and succeeding prophets have accurately portrayed God’s mind, then the LDS Church is true regardless of how one “feels” about it. But sweeping facts under the carpet—whether they are historical or perhaps theological—in order to maintain one’s faith is a very dangerous precedent.

32 Responses to Ignore the bad history, go with your gut