Posted on February 28, 2011 by Sharon Lindbloom 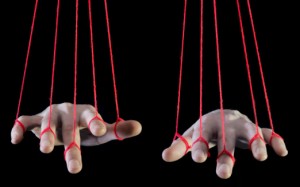 Last Friday (25 February 2011) the Wall Street Journal (digital edition) ran an article by Mitch Horowitz titled “When Does a Religion Become a Cult?” Mr. Horowitz comments, “America has long been a safe harbor for experimental faiths. But the unorthodox can descend into something darker.”

Noting that the term “cult” carries with it some unwanted baggage, Mr. Horowitz nevertheless provides criteria which indicates a group may have crossed the line from merely unconventional, to cult. Mr. Horowitz writes,

“Many academics and observers of cult phenomena, such as psychologist Philip G. Zimbardo of Stanford, agree on four criteria to define a cult. The first is behavior control, i.e., monitoring of where you go and what you do. The second is information control, such as discouraging members from reading criticism of the group. The third is thought control, placing sharp limits on doctrinal questioning. The fourth is emotional control—using humiliation or guilt. Yet at times these traits can also be detected within mainstream faiths. So I would add two more categories: financial control and extreme leadership.”

Mr. Horowitz describes financial control as “levying ruinous dues or fees, or effectively hiring members and placing them on stipends or sales quotas” such as the religious groups once known for selling books or flowers in airports and on street corners. Extremist leadership, he says, is sometimes harder to recognize, but “every coercive religious group harbors one telltale trait: untoward secrecy.”

While reading this article I couldn’t help but think about my own church – how does it compare to this list of six criteria that Mr. Horowitz uses to define a cult? As far as I can determine, my church – and my entire personal religious experience – is free from any of these traits.

What about Mormonism? What if we apply these criteria to the history and teachings of The Church of Jesus Christ of Latter-day Saints?

What follows is not to be construed as any sort of in-depth analysis; it’s just a cursory look at some aspects of the LDS religious culture.

Behavior control: Many examples of this could be cited within Mormonism (such as the infamous September Six, or the story of Chad Hardy and his Mormon Missionary calendars), but perhaps, in honor of Black History Month, the experience of Byron Marchant is appropriate to mention. According to The Dallas Morning News, 20 October 1977, Mr. Marchant was excommunicated and fired from his church job because he publically opposed LDS leadership regarding the ban on giving Blacks the priesthood. (See Salt Lake City Messenger, July 1978.)

Information control: Latter-day Saints are often counseled not to read (or watch) anything critical of the Mormon Church. One example: “Elder [Boyd K.] Packer said, ‘They leave the Church but they can’t leave it alone’ (Utah State University baccalaureate address). They publish theological pornography that is damaging to the spirit. None of it is worth casting an eye upon. Do not read the anti-Mormon materials” (Vaughn J. Featherstone, “The Last Drop in the Chalice,” a BYU devotional given September 24, 1985).

Thought control: Though the LDS magazine Improvement Era published this in 1945, it reflects the historic (and current) teaching from Mormon leadership: “Any Latter-day Saint who denounces or opposes, whether actively or otherwise, any plan or doctrine advocated by the ‘prophets, seers, and revelators’ of the Church is cultivating the spirit of apostasy…” (For more information on agreeing with the prophet, see Mormon Coffee post “When the Prophet Speaks the Debate is Over”).

Emotional control: Speaking to members who might keep company with those who criticize leaders of the LDS Church, a Mormon apostle warned that they could be influenced to move away from “the pathway of truth, and if you do not repent you may find when it is too late that you have lost the ‘pearl of great price.’ Because of your selfishness and your blindness you will have been led away, and your loved ones who have given their very lives in order that you might enjoy the blessings of the Gospel of Jesus Christ will be sorrowing on the other side of the veil because of your weakness and your folly” (George Albert Smith, Conference Reports, April 1937, 34).

Financial control: While encouragement to give a portion of one’s income to his church is common among many religions, within Mormonism a ten percent tithe is required in order for a member to be deemed worthy enough to receive the higher ordinances of that faith — ordinances which are necessary for a person to achieve the best possible eternal life.

Extremist leadership: It is well-understood within Mormonism that the leadership must be obeyed: “Always keep your eye on the President of the church, and if he ever tells you to do anything, even if it is wrong, and you do it, the Lord will bless you for it…” (Heber J. Grant, quoted by Marion G. Romney, Conference Report, October 1960, 78).

Untoward secrecy: Mormons are told that LDS temple ordinances are “sacred not secret,” but that’s not necessarily accurate. Deseret News reported, “While some members will claim that Mormon temples are ‘sacred not secret,’ Bushman said that ‘temples are secret, plain and simple,’ noting that even members ‘don’t speak to each other about it’” (Richard L. Bushman, “Seek understanding, not converts, Bushman urges Mormons,” Deseret News, March 6, 2008).

Mitch Horowitz sums up his Wall Street Journal article with this:

“As opposed to a cult, a religious culture ought to be as simple to enter or exit, for members or observers, as any free nation. Members should experience no impediment to relationships, ideas or travel, and the group’s finances should be reasonably transparent. Its doctrine need not be conventional—but it should be knowable to outsiders. Absent those qualities, an unorthodox religion can descend into something darker.”

I wonder where Mr. Horowitz would put the Mormon Church. Would he say it’s a healthy “religious culture”? Or would he classify it as “something darker”?

Sharon surrendered her life to the Lord Jesus Christ in 1979. Deeply passionate about Truth, Sharon loves serving as a full-time volunteer research associate with Mormonism Research Ministry. Sharon and her husband live in Minnesota.
View all posts by Sharon Lindbloom →
This entry was posted in LDS Church, Mormon Culture and tagged Follow the Prophet. Bookmark the permalink.

81 Responses to Something Darker?