Posted on February 10, 2011 by Sharon Lindbloom 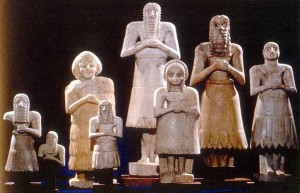 Last Monday (7 February 2011) I wrote about the first half of Daniel Peterson’s article, “God’s sheep recognize his voice” in which Dr. Peterson argues for the idea that Mormons (Mormonism) do not really reject non-Mormon religious experiences and doctrines. After referring to Joseph Smith’s First Vision in which Smith was allegedly told that all existing churches (in 1820) were wrong (etc.), Dr. Peterson explains that Smith’s denunciation did not mean that the churches were “totally wrong.” He writes,

“In fact, many mainstream Christian doctrines were and are substantially correct. There is indeed a God. He has a divine Son who came to earth, atoned for our sins, rose again on the third day and now sits at the right hand of his Father. Those who taught prayer, preached of the Savior and translated the New Testament during the centuries between the early apostles and the Restoration preserved and transmitted many central gospel truths.”

As discussed last Monday, LDS prophets and apostles throughout Mormon history have not agreed with Dr. Peterson’s opinion that many “mainstream Christian” (non-Mormon) doctrines were and are substantially correct. Nevertheless, Dr. Peterson provides a few examples of these doctrines, so let’s look at the first one he brings up, the doctrine of God.

According to Mormonism, God exists (of course), but also is one of many Gods, was created or organized by his heavenly father, was once a human being, liable (obligated) to change, became a God, is limited in his presence, has a body of flesh and bone, does not dwell in the believer, and is subservient to his God. (For a fuller treatment of these doctrines please see “God the Father According to Mormonism” at mrm.org)

Though both “mainstream Christianity” and Mormonism teach that God exists; that basic fact is virtually the extent of agreement between the two religions regarding the doctrines of God. But according to Dr. Peterson, these differences don’t really matter. He suggests that these are merely inconsequential differences of opinion among Christians.

“But what about non-Christians? Do they worship false gods?

“…what of Islam? Isn’t ‘Allah’ a false god? No. According to the Qur’an, Allah created the earth in six days, placed Adam and Eve in Eden, and then inspired prophets like Noah, Abraham, Moses and Jesus. Sound familiar?

“…Muslims, Christians and Jews disagree about God, but that doesn’t create numerically different gods. My neighbor regards Senator Foghorn as the greatest orator since Daniel Webster; I think he’s a noxious windbag. But there is, mercifully, only one Senator Foghorn. Our different opinions don’t spawn multiple senators.”

Dr. Peterson is in conflict with LDS leaders who do not pretend a mere difference of opinion, but have often taught that Christians worship a different God than Mormonism’s god. For example, LDS President Spencer W. Kimball taught,

“Men with keen intelligence got together… [at] Nicea and created a God. They did not pray for wisdom or revelation. They claimed no revelation from the Lord. They made it just about like a political party would do, and out of their own mortal minds created a God which is still worshiped by the great majority of Christians.” (Teachings of Spencer W. Kimball, 426)

Other LDS Authorities have taught:

“And virtually all the millions of apostate Christendom have abased themselves before the mythical throne of a mythical Christ.” (Apostle Bruce R. McConkie, Mormon Doctrine, 269)

“It is true that many Christian churches worship a different Jesus Christ than is worshipped by Mormons or The Church of Jesus Christ of Latter-day Saints.” (Seventy Bernard P. Brockbank, Ensign, 5/1977, 26)

Nevertheless, Dr. Peterson does not appear to have any real concern for people worshiping what LDS leaders call “different” gods instead of the one true God. With a grand sweep of inclusion for any and all who claim to worship any god at all, he writes,

“But what of the non-Abrahamic religions? Are they too far wrong? It seems presumptuous to declare that mistaken but sincere devotion means nothing to our loving Father in Heaven…

“God’s sheep recognize his voice, even when it’s in a different language or imperfectly heard. They follow him as best they can and will not lose their reward.”

I think Dr. Peterson asks the wrong question. The best question is not, “Does mistaken but sincere devotion mean nothing to a loving God?” but rather, “What does this mean to God?” 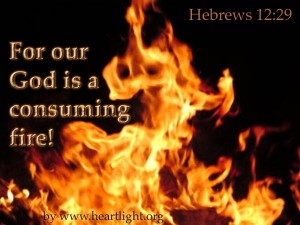 There is no getting around the fact that God insists we worship Him and Him alone: “…you shall worship no other god, for the LORD, whose name is Jealous, is a jealous God” (Exodus 34:14). With very strong language He reprimands those who “whore after [other] gods” (Exodus 34:10-16) and informs us that those who take idols (false gods) into their hearts “are all estranged from [Him] through their idols” (Ezekiel 14:4-5). In the Book of Joshua we learn that God “is a holy God. He is a jealous God; He will not forgive your transgressions or your sins. If you forsake the LORD and serve foreign gods, then He will turn and do you harm and consume you, after having done you good” (Joshua 24:19-20). Idolatry is “evil in the sight of the LORD” and provokes Him to anger, “For the LORD your God is a consuming fire, a jealous God” (Deuteronomy 4:24-25).

It’s pretty clear by God’s own testimony that He will not overlook the worship of false gods by saying, “Oh, don’t worry. You were sincerely devoted to your idols. Therefore, enter into the joy of the Lord.”

But here’s the absolutely amazing thing. The true God is a jealous God, a “consuming fire” who brings judgment upon those who go after false gods; BUT this merciful God will forgive and restore if we turn to Him.

“Thus says the Lord God: Repent and turn away from your idols, and turn away your faces from all your abominations… that [you] may be my people and I may be [your] God” (Ezekiel 14:6, 11).

“Now therefore fear the LORD and serve Him in sincerity and in faithfulness (Joshua 24:14).

Sharon surrendered her life to the Lord Jesus Christ in 1979. Deeply passionate about Truth, Sharon loves serving as a full-time volunteer research associate with Mormonism Research Ministry. Sharon and her husband live in Minnesota.
View all posts by Sharon Lindbloom →
This entry was posted in God the Father, Nature of God and tagged Daniel Peterson, Doctrine, Idolatry, Nature of God. Bookmark the permalink.