The Church of Jesus Christ of Latter-day Saints is a covenant church. By that I mean that covenants are an important part of LDS faith and culture.  Members make covenants with God when being baptized, when getting married, when being ordained to the priesthood, when taking the sacrament, and when receiving their endowments.

A covenant is an agreement between two (or more) parties that carries with it certain terms, obligations and responsibilities.  To be accepted at LDS Church-owned Brigham Young University a potential student must agree to live by a code of honor. This agreement is a covenant of sorts. The student obligates himself to maintain a certain level of moral behavior; if he fails in this responsibility, he will suffer the consequences to which he has previously agreed. 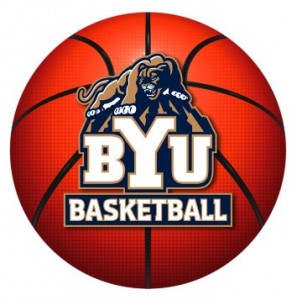 Last week BYU announced that basketball forward Brandon Davies has been suspended from the BYU Cougars for the remainder of the season because of an Honor Code violation. The rules for BYU students, and the consequences for breaking those rules, have been clearly set forth. There are no surprises here, and BYU should be commended for putting its moral principles ahead of winning basketball games.

This story gives me pause, though. I think there’s a parallel within Mormonism that is worth considering.

According to LDS doctrine, each of the three heavenly kingdoms — telestial, terrestrial, and celestial – has a set of laws, or an honor code if you will, that must be obeyed in order for a person to live eternally in that particular kingdom. The LDS scripture Doctrine and Covenants 88:22 explains, for example, “…he who is not able to abide the law of a celestial kingdom cannot abide a celestial glory.”

In one of his books, the LDS Apostle Spencer W. Kimball included “covenantbreakers” in a chapter titled, “These Things Doth the Lord Hate.” He said covenant breaking is a sin that will keep people from eternal life. Mr. Kimball wrote,

“Of those who break covenants and promises made in sacred places and in solemn manner, we can apply the Lord’s words as follows: ‘… a wicked man, who has set at naught the counsels of God, and has broken the most sacred promises which were made before God, and has depended upon his own judgment and boasted in his own wisdom’ (D&C 3:12-13).” (Spencer W. Kimball, The Miracle of Forgiveness, 57)

Sharon surrendered her life to the Lord Jesus Christ in 1979. Deeply passionate about Truth, Sharon loves serving as a full-time volunteer research associate with Mormonism Research Ministry. Sharon and her husband live in Minnesota.
View all posts by Sharon Lindbloom →
This entry was posted in Worthiness and tagged BYU, Cougars, Covenants, Worthiness. Bookmark the permalink.

100 Responses to Honor Codes and Covenants