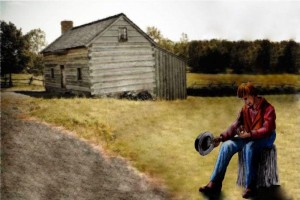 Another self-proclaimed Mormon prophet has delivered a message to the world. As is usually the case with these prophets, the words are purported to come from God Himself. What follows are excerpts from four different revelations, delivered by four different prophets of Mormonism. Just for fun, I’ve delayed the identification of each prophet until the end of the post. It seems a little more interesting to compare the text and style of one revelation to another without any preconceived ideas based on their sources.

“Hearken! Oh ye inhabitants of the earth. Listen together and open your ears, for it is I, the Lord God of all the earth, the creator of all things that speaketh unto you. Yea, even Jesus Christ speaking by the voice of my servant whom I have called and chosen to be a light and a covenant to the world in these last days…ye do walk in the pride of your hearts; and there are none save a few only who do not lift themselves up in the pride of their hearts, unto the wearing of very fine apparel, unto envying, and strifes, and malice, and persecutions, and all manner of iniquities; and your churches, yea, even every one, have become polluted because of the pride of your hearts.” (1)

“Thus saith the Lord unto the nation…I, the Lord, am soon sending the shaking of the earth in a place in thy land not known as a usual place of violent shaking, unto the loss of many lives. Let it be known, I, the Lord, have sent my message to government officials to free my servant…to cause my people to receive back their lands and houses, and you heed me not. Thus shall I cause a great destruction in the land…to the loss of life and to your awakening, that when I, the Lord, speak, let my word be fulfilled, lest you become as a people only worthy to be swept off my land of Zion; For verily I say unto you, this earth is mine, and I have caused my people to receive a preparation work for my glorious coming on earth to establish my Zion, and they are my people…Though you deny me, know that I, the Lord, have spoken, and I send to you my word at this time, to receive my word that I shall cause my servant on earth to deliver thee a message of warning, that I, the Lord, will no longer uphold thee as a nation…” (2)

“This proclamation shall be made to all the kings of the world, to the four corners thereof, to the honorable president-elect, and the high-minded governors of the nation in which you live, and to all the nations of the earth scattered abroad…For it shall be given you by the Holy Ghost to know my will concerning those kings and authorities, even what shall befall them in a time to come. For, behold, I am about to call upon them to give heed to the light and glory of Zion, for the set time has come to favor her. Call ye, therefore, upon them with loud proclamation, and with your testimony, fearing them not, for they are as grass, and all their glory as the flower thereof which soon falleth, that they may be left also without excuse. And that I may visit them in the day of visitation, when I shall unveil the face of my covering, to appoint the portion of the oppressor among hypocrites, where there is gnashing of teeth, if they reject my servants and my testimony which I have revealed unto them.” (3)

“And this voice of warning shall be unto all people, by the mouths of my disciples, whom I have chosen in these last days…Behold, this is mine authority, and the authority of mine servants, that I have given them to preach unto you, Oh, inhabitants of the earth; therefore, fear and tremble, Oh, ye people, for what I the Lord have decreed, in them, shall be fulfilled…And the arm of the Lord shall be revealed unto the ends of the earth. And the day cometh that they who will not hear the voice of the Lord, neither the voice of his servants, neither give heed to the words of the prophets and apostles, shall be cut off from among the people. For they have strayed from mine ordinances, and have broken mine everlasting covenant. They seek not the Lord to establish his righteousness, but every man walketh in his own way, after the image of his own god,…Therefore, I the Lord, knowing the calamity which should come upon the inhabitants of the earth, have called upon my servants and spake unto them from heaven, and gave unto them commandments that they should proclaim these things unto the world…” (4)

86 Responses to Prophets of Mormonism