One argument that I no longer use against RLSS (see background here) is the argument that Mormonism essentially yields a small proportion of never-sinned Gods in ultimate reality.

Put your thinking caps on.

This argument works if all you have in each generation of the Gods are singular eternally-sinless firstborn spirit sons and then other spirit children who inevitably sin. But there is another category in Mormonism: those who sufficiently merit Godhood in pre-mortality so as to warrant an early ordained childhood death. Mormon leaders have taught that children who die before the age of accountability are assured to reach full exaltation (and implied Godhood). Given the historic infant mortality rates, etc., this potentially yields an enormous number of perhaps-never-sinned spirit children who are assured Godhood.

But even whether these children never sinned isn’t so clear. It is further complicated by the teaching of some Mormon leaders that the atonement of Jesus retroactively applied to sins committed in pre-mortality. In other words, there is the question of whether such spirit children have already sinned and received a retroactively-applied atonement. This strain of thought contains multiple factors and uncertainties (relative to Mormon theology), but it nonetheless invalidates the argument that Mormonism necessarily posits a universe where most of the Gods have sinned. 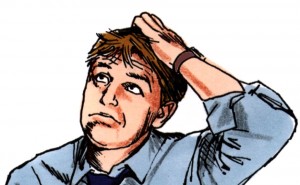 But it gets even messier. Mormonism speaks of the eternal plan of salvation, as experienced by us now sin-ridden mortals, as being the standard plan. But if the above strain of thought is correct, then another problem arises: what we are experiencing really is a second-rate plan for morally inferior spirit children. In other words, the “plan of salvation” we are experiencing would be a giant “Plan B” for mediocre spirit children who didn’t accomplish what other spirit children did (who earned the right to die before the mortal age of accountability, being assured of future exaltation and Godhood).

Is that perfectly clear now?

While Mormonism might not yield a small proportion of never-sinned Gods in ultimate reality, it does yield some Gods who were once sinners. And that alone, with or without high proportionality, is quite a problem.