Posted on November 17, 2011 by Sharon Lindbloom 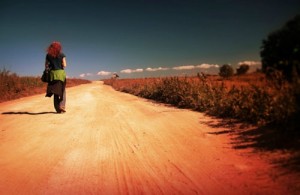 In 2006 an article in the Salt Lake Tribune made waves when it called attention to the fact that “Less than a third of those baptized [in Chile] stays in the Mormon fold.” The article noted that the LDS Church reported its number of members in Chile at over four times the number reported in a national census by Chileans who self-identified as Mormons.

Presently, a more recent analysis of one area of LDS membership statistics can be found in the latest issue Utah Lighthouse Ministry’s newsletter, Salt Lake City Messenger (October 2011, Issue 117). In an article titled “What Is The True Number of Mormons In The United States of America?” author Kent H. Roberts compares U.S. membership numbers as reported by the Mormon Church with the American Religious Identification Survey (ARIS) numbers gathered over the past 20 years and complied in a Summary Report dated March 2009 (pdf).

The ARIS statistics were gathered via telephone interviews in 1990, 2001 and 2008 all employing

“…the same unprompted, open-ended key question ‘What is your religion, if any?’ Interviewers did not prompt or offer a suggested list of potential answers. Moreover, the self-description of respondents was not based on whether established religious bodies or institutions considered them to be members. To the contrary, the surveys sought to determine whether the respondents regarded themselves as adherents of a religious community.” (Barry Kosmin and Ariela Keysar, American Religious Identification Survey Summary Report March 2009, 2)

Based on this data Mr. Roberts asks several good questions, this one among them:

“For LDS spiritual leaders, the question is: Why is there such a significant drop-off in affiliation with the church after baptism? …A member who does not attend regularly is commonly referred to as ‘inactive.’ One who rejects the decision made at baptism into the LDS church is considered an ‘apostate.’ The ARIS question addresses whether one is affiliated with a faith tradition, not the level of activity within that faith. If the official LDS church statistics represent primarily baptized persons, then the ARIS figures represent significant levels of rejection of the baptismal decision by persons once Mormon.”

Earlier this week (on November 13, 2011) Fox News reported that “Mormonism [is] Enjoying Dramatic Growth in Latin America.” The article states, “According to [the LDS] church, there are now more than five million Mormons in Latin America, compared to around 200,000… in 1980.” But what does this really mean? How many of these people have actually rejected their “baptismal decisions” and become (as the Mormon Church would say) “apostates”?

Some may claim that the significance of officially-reported LDS membership statistics is difficult to interpret; but one conclusion that’s pretty hard to avoid is that substantial apostasy is a real predicament for the Mormon Church.

Sharon surrendered her life to the Lord Jesus Christ in 1979. Deeply passionate about Truth, Sharon loves serving as a full-time volunteer research associate with Mormonism Research Ministry. Sharon and her husband live in Minnesota.
View all posts by Sharon Lindbloom →
This entry was posted in LDS Church and tagged Church growth, Church membership. Bookmark the permalink.