Posted on February 20, 2012 by Sharon Lindbloom

If this had been the full extent of the Deseret News headline, I would have agreed. Mormons hold their temples (and what goes on inside) to be sacred. That is, “regarded with the same respect and reverence accorded holy things; venerated; hallowed” (Webster’s New World Dictionary). But the February 9 (2012) headline didn’t stop there. In fact, the headline read, “Helping others understand how temples are sacred, not secret.” With this I cannot agree. 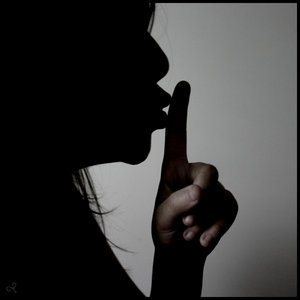 The earliest use of the “sacred, not secret” mantra used by Mormons I was able to find (admittedly, after only an afternoon of research) was from then-Apostle Harold B. Lee. In 1968 he said, “Temple ordinances are sacred, not secret…Some wonder why all this so-called secrecy, and we always answer by saying it is not ‘secret’ but ‘sacred’” (Teachings of Harold B. Lee, 576. John Widtsoe made a similar distinction before his death in 1952, but did not employ the shorthand expression that is so popular today). Apostle Boyd Packer repeated the “secret/sacred” phrase at the April 1971 General Conference, and both David O. McKay and ElRay Christiansen included it in Ensign articles in January 1972. “Sacred, not secret” has been commonplace among Mormons ever since.

In the April 1920 Conference Report Andrew Jensen spoke of the imprisonment of Daniel H. Wells in 1879 for contempt of court. “The offense consisted in his refusal to disclose the secrets of the Endowment House,” he said (76).

Perhaps the best source for the sacred and secret (sometimes expressed only as secret) nature of Mormon temple ceremonies comes from the endowment ceremony itself. From available records we find:

Throughout most of its history the explicit idea of secrecy was present in the temple endowment ceremony. In 1990, the wording connected to guarding the temple ceremony under “obligations of secrecy” was changed, but participants continue to vow that they will “never reveal” the things they learn in the temple. With or without the accompaniment of the explanatory word “secrecy,” temple participants swear to exactly the same vow.

Many things in addition to temple ceremonies are deemed sacred in Mormonism. The scriptures are considered sacred; they are not only open for all to see, but Mormons encourage all people to read and study them. On Fast and Testimony Sundays an LDS Church service is filled with people standing up and telling the congregation about their own “sacred” experiences. Boyd Packer said, “How like the sacred experience in the temple becomes our personal testimony. It is sacred,” yet Mormons are taught to share their testimonies openly and often (“The Spirit Beareth Record,” Ensign, May 1971).

A secret, according to the dictionary, is something “not known or seen or not meant to be known or seen by others.” Secrecy is “the action of keeping something secret or the state of being kept secret.” This describes Mormon temple ceremonies very well. The reason they are kept secret may very well include the idea that they are held sacred, but they are secret nonetheless.

To insist the temple is “sacred, not secret” is a convenient sound bite, but it isn’t the truth.

Sharon surrendered her life to the Lord Jesus Christ in 1979. Deeply passionate about Truth, Sharon loves serving as a full-time volunteer research associate with Mormonism Research Ministry. Sharon and her husband live in Minnesota.
View all posts by Sharon Lindbloom →
This entry was posted in Mormon Temple and tagged Endowment, Sacred, Secret, Temples. Bookmark the permalink.

15 Responses to Mormon Temples are Sacred