Are any non-Mormons Christian? 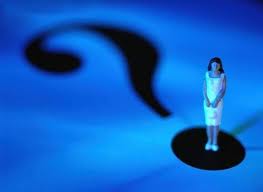 Howard P. Kainz at First Things wrote a blog last week titled, “Mormons and Christianity: Asking the Right Questions.” Dr. Kainz reminds his readers about an article written a dozen years ago by the late Richard John Neuhaus in which Fr. Neuhaus “discussed the issue of Mormon claims to be Christian in considerable detail.” Dr. Kainz summarizes, “…if Mormonism is a variant of Christianity, [Neuhaus] writes, the differences with other Christians are enormous.”

Dr. Kainz’s blog quotes Fr. Neuhaus’ editorial to demonstrate some of these differences, then continues the story:

“In a following issue, Neuhaus was besieged by letters from Mormons, maintaining that they hold to Christian doctrines, albeit with variations. Neuhaus responded thusly: ‘If Christian doctrine is summarized in, for instance, the Apostles’ Creed as understood by historic Christianity, official LDS teaching adds to the creed, deviates from it, or starkly opposes it almost article by article.’”

Dr. Kainz then brings his readers into the present:

“In the February 2012 issue of this magazine, Steven H. Webb published ‘Mormonism Obsessed with Christ.’ He recounts how in reading the Book of Mormon for the first time he was astounded that Mormon scripture is to a great extent all about Christ—albeit a Christ reinterpreted so completely that orthodox Christians would consider it a work of fiction.”

Subsequently, Dr. Kainz suggests what he believes is “the right question” to ask Mormons:

“Evidently, the more we know about Mormonism, the more we can see that we have been asking the wrong question. From the Mormon point of view, the question to be asked is not, ‘Are Mormons Christian?’ but, in view of the alleged apostasy in early Christianity after the death of the Apostles, a more appropriate question would be: ‘Are any non-Mormons Christian?’”

Fr. Neuhaus also asked this question in his editorial a dozen years ago. And he provided an answer:

“The question as asked by Mormons is turned around: are non-Mormons who claim to be Christians in fact so? The emphatic and repeated answer of the Mormon scriptures and the official teaching of the LDS is that we are not. We are members of ‘the great and abominable church’ that was built by frauds and impostors after the death of the first apostles.”

One example from Mormon scripture that Fr. Neuhaus may have been thinking of is a Book of Mormon passage that says all of those who do not belong to the “the church of the Lamb of God” (identified by Mormon leaders as the LDS Church) in fact belong to “the church of the devil” (1 Nephi 14:10).

Of course, while the Book of Mormon scripture remains, the public face of Mormonism has changed in the last 12 years; there is a new answer to the question. Robert Millet addressed this in an article posted on the Mormon Newsroom blog in February (2012). In “Traditional Christianity and the Latter-day Saints” Dr. Millet writes,

“6. Because Latter-day Saints believe that many truths and powers were lost from the earth following the deaths of the apostles, do they feel they are the only true Christians?

“No. We see ourselves as a part of the larger Christian world, and we have no difficulty acknowledging that our Christian friends worship the same God we do, seek the redeeming power of the same Savior we do, and enjoy the illuminating and sanctifying influence of the same Holy Spirit we do.”

It’s difficult to understand how Mormons can designate non-Mormons as “true Christians” when non-Mormons are believed to belong to “the church of the devil.” Past LDS leaders have not been reticent about placing non-Mormons outside the “true Christian” camp. Consider a few of these statements (emphasis added):

“Should you ask why we differ from other Christians, as they are called, it is simply because they are not Christians as the New Testament defines Christianity.” (Brigham Young, Journal of Discourses 10:230)

“The worshipers of Baal were far more consistent than apostate Christendom; for they had a faint hope that Baal would hear and answer them…Baal’s worshipers, therefore, with all their absurdities, approached nearer the religion of heaven, in some of their expectations, than those who falsely call themselves Christians.” (Orson Pratt, Divine Authenticity of the Book of Mormon, No. 1 (1850), 12-13)

“…for I contend that the Latter-day Saints are the only good and true Christians, that I know anything about in the world. There are a good many people who profess to be Christians, but they are not founded on the foundation that Jesus Christ himself has laid.” (Joseph F. Smith, Collected Discourses 2:305)

“In the days of Jesus, wicked and evil men separated themselves from the true Christians by defaming the name of Jesus and cursing him as a false prophet. In our day the same approach is made by ill-disposed persons to the name of Joseph Smith. The way men feel about him and his prophetic successors divides true believers from those who serve another master.” (Bruce R. McConkie, “The Caravan Moves On,” Ensign (Conference Edition), 11/1984, 82)

In his answer to the “true Christian” question, Dr. Millet disagrees with a long line of LDS leaders – and with a reasonable interpretation of LDS scripture. In the context of historic Mormonism, his comments are nonsensical. Not only has Dr. Millet ignored the “church of the devil” issue, but he has falsely claimed that there is no substantial difference between the Godhead of Mormonism and the God of Christianity (a topic for another blog).

Sharon surrendered her life to the Lord Jesus Christ in 1979. Deeply passionate about Truth, Sharon loves serving as a full-time volunteer research associate with Mormonism Research Ministry. Sharon and her husband live in Minnesota.
View all posts by Sharon Lindbloom →
This entry was posted in Truth, Honesty, Prayer, and Inquiry and tagged Christian, Robert Millet, True Church. Bookmark the permalink.

80 Responses to Are any non-Mormons Christian?