The Peculiar Splendors of Mormonism

Posted on November 1, 2012 by Sharon Lindbloom

Near the middle of September (2012) The New York Times posted an online commentary titled, “Why I Love Mormonism.” In it, author and professor Simon Critchley chronicled his experience with Mormonism (as a non-Mormon) that has spanned about 30 years (so far). 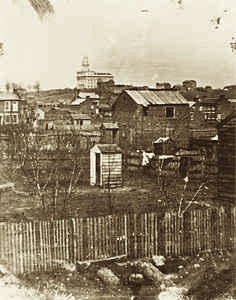 Dr. Critchley said very nice things about the Mormon people and chastised what he referred to as “anti-Mormonism” that he encounters in the form of uneducated comments offered at dinner parties (and elsewhere). He calls this a “casual prejudice” born of ignorance regarding “the peculiar splendors of Mormon theology.”

While Dr. Critchley loves Mormonism, Mormons seemed to have loved Dr. Critchley’s commentary. Deseret News ran a couple of articles that generally praised “Why I Love Mormonism” and Dr. Critchley’s “defense of Latter-day Saints.” The New York Times article, one said, “deserves thanks for its kindness.” Also,

“Critchley’s blog made an important point: The gospel as taught by Latter-day Saints from Joseph Smith on down is filled with beauty and rigorous intellectual challenge and joy. The most philosophical of minds can find things to grapple with and the least interested in intellectual things can also be enriched by profound, faithful teachings.”

Frankly, I was a bit surprised that Dr. Critchley’s discussion of Mormon theology was so well-received by the Mormon community. Not every Mormon comment about “Why I Love Mormonism” was positive, but generally, the attitude seemed to be one of praise and applause for Dr. Critchley’s kind and affirming words. After seeing a number of these gratified Mormon articles and blogs, I actually wondered (tongue-in-cheek) if anyone had read the entire Times piece.

“Why I Love Mormonism” focused on Joseph Smith’s King Follett Discourse and his teachings on the plurality of Gods. While apparently not a Christian himself, Dr. Critchley made it very clear that, from a Christian perspective, Mormonism’s theology is, in many ways, “heretical.”

What follows here are some excerpts from “Why I Love Mormonism.” While these are just snippets of Dr. Critchley’s carefully crafted and entertaining presentation of Mormon theology, they may provide an unexpected perspective on Dr. Critchley’s love of – or “fascination” with – Mormonism.

“Christianity is premised on the fact of the incarnation. There was a God-man rabbi in occupied Palestine a couple of millenniums ago. But that doesn’t mean that anyone can go around claiming divinity, like Joachim of Fiore in the 12th century or the recently deceased and much missed Rev. Sun Myung Moon. There was only one incarnation. God became man, was crucified and resurrected and we’re still waiting for him to come back. The New Testament, especially the Book of Revelation, is very clear that he is coming soon.”

“In order to explain the consubstantiality of God and man in the person of Christ, third and fourth century Christian Fathers, including Saint Augustine, built up the wonderful theological edifice of the Trinity. The three persons of the Trinity, the Father, Son and Holy Ghost, are distinct but participate in the same substance. Three in one is one in three. It is a heretical act of arrogance to arrogate divinity for oneself or to claim multiple incarnations. God is indeed unitary and infinite.”

“Not only is the Mormon God not as big as the Christian God, there are any number of Gods within Mormonism. In the late sermons, Smith repeatedly talks about a council of the Gods that was meant to take place sometime before the Book of Genesis begins. This is based on a rather windy interpretation of various Hebrew words…”

“Smith accepts that Jesus Christ had a father, namely God, but goes on, ‘You may suppose that He had a Father,’ adding, ‘Was there ever a son without a father?’ Common sense would answer no, but Christians must answer ‘Yes, there was.’ Namely that God created all creatures, but was himself uncreated.”

“There is an endless regress of Gods which beget one another, but which do not beget the universe. That is, creation is not ex nihilo, as it is in Christianity, where God created heaven and earth, as it says at the beginning of the Bible. Rather, matter precedes creation. This makes the Mormon God like the Demiurge in Plato’s pagan creation myth in the Timeaus. The Mormon God does not create matter. He simply organizes it.”

“For Christians, incarnation is a one-time, long distance ski jump from the divine to the human. But for Joseph Smith, incarnation is more of a two-way street, and potentially a rather congested thoroughfare.”

“The heretical vistas of Mormonism, particularly the idea of something uncreated within the human being, excited the self-described Gnostic Jew, Harold Bloom.”

“The new revelation given to Joseph Smith in his visions and the annual visits of the angel Moroni from 1820 onward, is a new gospel for the new world. Mormonism is an American religion, which beautifully, if fallaciously, understands the native inhabitants of the New World as ancient descendants of inhabitants of the Old World, the scattered tribes of Israel.”

“Mormonism is properly and powerfully post-Christian, as Islam is post-Christian. Where Islam, which also has a prophet, claims the transcendence of God, Mormonism makes God radically immanent. Where Islam unifies all creatures under one mighty God to whom we must submit, Mormonism pluralizes divinity, making it an immanent, corporeal matter and making God a more fragile, hemmed-in and finite being.”

“From the standpoint of Christianity, both Islam and Mormonism are heresies and — if one is genuine about one’s theology, and religion is not reduced to a set of banal moral platitudes — should be treated as such.”

“Like Bloom, I see Joseph Smith’s apostasy as strong poetry, a gloriously presumptive and delusional creation from the same climate as Whitman, if not enjoying quite the same air quality.”

13 Responses to The Peculiar Splendors of Mormonism