A Mormon Prophet’s Gratitude at Christmas

Posted on December 27, 2012 by Sharon Lindbloom 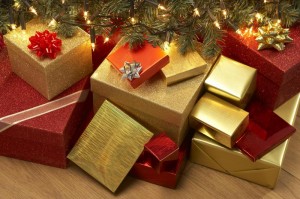 Earlier this week Eric Johnson posted a poem here on Mormon Coffee titled “The Gift.” I venture to say that gifts of all kinds are on our minds this week. With the idea of gifts also (hopefully!) comes an attitude of gratitude.

In December 1997 Ensign magazine printed a First Presidency Message by the (now late) Mormon prophet Gordon B. Hinckley titled “A Season for Gratitude.” President Hinckley wrote of Jesus Christ, quoting liberally (and exclusively) from the Bible as he described the person and ministry of Christ. He concluded, “We love Him. We honor Him. We thank Him. We worship Him. He has done for each of us and for all mankind that which none other could have done. God be thanked for the gift of His Beloved Son, our Savior, the Redeemer of the world, the Lamb without blemish who was offered as a sacrifice for all mankind.”

While most of the world would agree with Michelle King at Deseret News that the Christmas season is all about Jesus — it “is all about him,” she said — not everybody feels the same way. For example, President Hinckley’s preamble to “A Season of Gratitude” was not what one would normally expect to find in a message about Christ and Christmas. He began,

This is a season for giving and a time for gratitude. We remember with appreciation the birth of the Prophet Joseph Smith, which is celebrated this same month of December, two days before Christmas.

How great indeed is our debt to him. His life began in Vermont and ended in Illinois, and marvelous were the things that happened between that simple beginning and tragic ending. It was he who brought us a true knowledge of God, the Eternal Father, and His Risen Son, the Lord Jesus Christ. During the short time of his great vision he learned more concerning the nature of Deity than all of those who through centuries had argued the matter in learned councils and scholarly forums. He brought us the marvelous Book of Mormon as another witness for the living reality of the Son of God. To him, from those who held it anciently, came the priesthood, the power, the gift, the authority, the keys to speak and act in the name of God. He gave us the organization of the Church and its great and sacred mission. Through him were restored the keys of the holy temples, that men and women might enter into eternal covenants with God and that the great work for the dead might be accomplished to open the way for eternal blessings.

Great is his glory and endless his priesthood.
Ever and ever the keys he will hold.
Faithful and true, he will enter his kingdom,
Crowned in the midst of the prophets of old.
(“Praise to the Man,” Hymns, no. 27)

He was the instrument in the hands of the Almighty. He was the servant acting under the direction of the Lord Jesus Christ in bringing to pass this great latter-day work.

We stand in reverence before him. He is the great prophet of this dispensation. He stands at the head of this great and mighty work which is spreading across the earth. He is our prophet, our revelator, our seer, our friend. Let us not forget him. Let not his memory be forgotten in the celebration of Christmas. God be thanked for the Prophet Joseph.

In his article about gratitude, President Hinckley wrote glowingly of both Joseph Smith and Jesus Christ. I would like to delineate some of President Hinckely’s points regarding Joseph and Jesus:

Christmas is a season that is all about Christ and the Gift of the Babe who was born a King. For Christians, the memory of Joseph Smith has no place in the celebration of Christmas. All glory, honor, praise and thanksgiving belong to Jesus —

For to us a child is born,
to us a son is given;
and the government shall be upon his shoulder,
and his name shall be called
Wonderful Counselor, Mighty God,
Everlasting Father, Prince of Peace.  (Isaiah 9:6-7)

Sharon surrendered her life to the Lord Jesus Christ in 1979. Deeply passionate about Truth, Sharon loves serving as a full-time volunteer research associate with Mormonism Research Ministry. Sharon and her husband live in Minnesota.
View all posts by Sharon Lindbloom →
This entry was posted in Gordon B. Hinckley, Jesus Christ, Joseph Smith, Mormon Culture and tagged Christmas, Gordon B. Hinckley, Joseph Smith. Bookmark the permalink.

39 Responses to A Mormon Prophet’s Gratitude at Christmas