On Ash Wednesday, several Episcopalian priests from the San Diego, CA area went onto local street corners, putting ashes onto the heads of pedestrians. According to the article I read, this event was created so people who were too busy to go to church could participate in this rite. Some even stuck their heads out of car windows while waiting at the red light to have the service done! They advertised the event on a large sandwich board stationed on the sidewalk, with a prominent LGBT rainbow flag attached to it.

On my Facebook account, I shared the news story. I explained that I knew it was Ash Wednesday, but I had never heard of religious leaders applying ashes to random people’s foreheads. (It might not be the same, but would they do this with baptism? With communion?) On my Facebook page, I questioned the whole affair and added that I wasn’t sure why the rainbow flag was displayed, especially since there were no other flags. If the priests were catering to others besides homosexuals, perhaps a U.S. or Christian flag would have been good to add in. Or, since this area of town has a large homosexual population, was this rainbow flag intended to show that the ashes were only meant for homosexuals and no one else? If there was such a thing as a “straight flag” and it was displayed by itself, what would the reaction have been? Would the priests have been called “homophobes”? To me, the whole affair was very confusing. 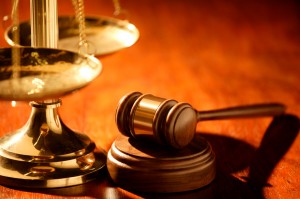 Several friends responded on my page, criticizing my “narrow-mindedness.“ One person who says she is a Christian wrote: “Perhaps the pastor isn’t endorsing anything by holding signs, and being on a street corner. Perhaps he’s just spreading good news and love to ALL people. The Jesus I know loves people of ALL faiths, ALL walks of life, ALL colors, and ALL orientations equally. He calls them to him and embraces them always with loving open arms! I want no part of making that call in judging people; that is God’s job, not ours.”

It is the kind of comment we get on a regular basis from many who criticize us at MRM. After all, they ask, what gives us the right to tell others that their views are wrong? I wrote back:

I also trotted Paul out. After all, didn’t the apostle judge the Corinthians (see 1 Corinthians 5:1ff)? In this passage, he told the believers to “expel the immoral brother.” The man in question was apparently having sexual relations with his father’s wife. “And you are proud!” Paul retorted. “Shouldn’t you rather have been filled with grief and have put out of your fellowship the man who did this?” He added, “I have already passed judgment on the one who did this, just as if I were present.”

I’m just not sure why these priests who call themselves “Christian” want to participate in what is, for them at least, a religious rite with a group of people who may or may not call themselves Christian and who are proudly sexually immoral. Paul explained in 1 Corinthians 5:11 that “you must not associate with anyone who calls himself a brother but is sexually immoral or greedy, an idolater or a slanderer, a drunkard or a swindler. With such a man do not even eat.” These are tough words, but Paul was serious about what he was saying.

Letters to the seven churches are listed in Revelation chapters two and three. The first letter is addressed to the church of Ephesus. After the church is initially criticized, Jesus gives some positive words in verse 6: “But you have this in your favor: You hate the practices of the Nicolaitans, which I also hate.” (The Nicolaitans are also referred to in the next letter to Pergamum.) What were those practices? The Nicolaitans were well known for practicing spiritual liberty that they felt gave them the ability to practice idolatry and immorality. And according to these words, Jesus hates idolatry and immorality.

But wait, doesn’t’ Jesus love all people? There is no doubt that God does have a love for all humankind, a general benevolence that allows the rain to fall on both the just and the unjust. But He hates worship and practices that don’t give honor to Him. In this 21st century that has become filled with political correctness, Christians who have a zeal to share truth with the unsaved are told to pipe down and mind their own business. We must be careful, we are told, because we just don’t want others to be offended. It might make them feel bad about themselves.

I disagree with this way of thinking. While we do what we do with gentleness and respect (1 Peter 3:16), it behooves us to share the honest truth with everyone. I believe that homosexuality and Mormonism are not unforgiveable sins, but I believe that homosexuality can be equated with immorality and Mormonism with idolatry. It is possible to let others know, from a biblical point of view, that these ways are not God’s ways, while at the same time not resort to ad hominem (against the man) attacks. I don’t hate Mormons or homosexuals, but I certainly don’t agree with their practices.

Indeed, we all fall short of God’s expectations; every person comes to the throne of grace imperfect and in need of forgiveness.  However, when we arrive to the point where we say that “I want no part of making that call in judging people, that is God’s job, not ours,” the gospel becomes the Biggest Loser. Will we become like those Christians in Nazi Germany who decided to bite their lips and just go with the flow as people were sent to concentration camps? Or because Mormons are such a moral people, will we be satisfied in letting them go to hell because, quite frankly, we don’t want to experience what Walter Martin called “Rockaboatis”?

We are commanded to be ambassadors of light and point to truth in a loving way. Jesus commanded it! And the example can be seen throughout the New Testament. Christian, let’s not be intimidated, even when people don’t want us to stand for truth.

This entry was posted in Friendship, Interaction, and Evangelism, Truth, Honesty, Prayer, and Inquiry and tagged Truth. Bookmark the permalink.

6 Responses to Should evangelism always suit a 21st century culture?