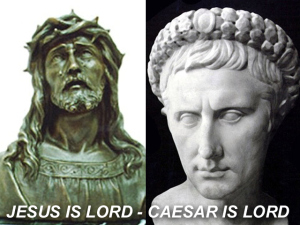 The LDS Church has issued a Q&A regarding China:

Can my friends be taught and baptized in China?
Not at present. Please contact the Church’s CAU Director for guidelines and further information.

Are there any activities that I should pay attention to avoid?
Please do not distribute any Church literature or other religious materials; please do not seek to attend Church meetings with foreign Church members…

This is consistent with earlier sentiments I have heard expressed by Mormons: That the LDS Church “respects the law” so much that it won’t preach its message where it is illegal to do so.

But what does Jesus say?

“All authority in heaven and on earth has been given to me. Go therefore and make disciples of all nations, baptizing them in the name of the Father and of the Son and of the Holy Spirit, teaching them to observe all that I have commanded you. And behold, I am with you always, to the end of the age.” (Matthew 18:18-20)

And what did Peter say?

“And when they had brought them, they set them before the council. And the high priest questioned them, saying, “We strictly charged you not to teach in this name, yet here you have filled Jerusalem with your teaching, and you intend to bring this man’s blood upon us.” But Peter and the apostles answered, “We must obey God rather than men. The God of our fathers raised Jesus, whom you killed by hanging him on a tree. God exalted him at his right hand as Leader and Savior, to give repentance to Israel and forgiveness of sins. And we are witnesses to these things, and so is the Holy Spirit, whom God has given to those who obey him.” (Acts 5:27-32)

170 Responses to Mormon Church on China: Caesar is Lord