But is it official?

I recently finished reading through the entire series of “Teachings of Presidents of the Church” gospel doctrine manuals, which have been regularly used in LDS Sunday School classes since the late 1990s. With the exception of the current prophet Thomas S. Monson and three other prophets, each president of the church has had his teachings compiled into a book. Authorized by the First Presidency and printed by the church as part of its correlated curriculum, the twelve books currently in print are meant to instill the basic teachings of Mormonism into the LDS people.

I realize that I might be a little weird because I actually read these manuals, which I do as part of my research. During the past two years, I have systematically gone through each chapter of the George Albert Smith and Lorenzo Snow manuals and provided commentary. (See them here: George Albert Smith; Lorenzo Snow) 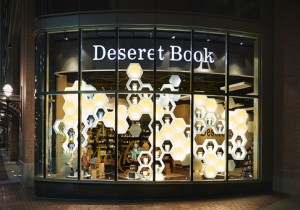 Recently I went into a Deseret bookstore to purchase the newest manual that is based on Joseph Fielding Smith’s teachings. A young female clerk saw me looking around the main floor and asked if I needed help. I thought, why not? So, holding up the new manual, I asked if I could trust the teachings found within its pages. She looked at me quizzically. “Of course, why do you ask?”

“I’m not a member of your church,” I said, “but I want to know that if these teachings—as old as they are and authored by leaders who are no longer living—can be trusted one hundred percent as being doctrinally true for today.”

To make my point, I pointed to the vast array of the regular books on the wall, many of them written by prominent leaders in her church. I told her that all of these books—placed far away from the manuals—appeared to have disclaimers listed on their title pages. She was curious, so we walked over to where books like The Articles of Faith, The Miracle of Forgiveness, and Teachings of the Prophet Joseph Smith were located.

Now, mind you, these labels are often not found in older editions published by Deseret Books. But something like the following is written at the beginning of these current books:

“This work is not an official publication of The Church of Jesus Christ of Latter-day Saints. The views expressed herein are the responsibility of the author and do not necessarily represent the position of the Church or of Deseret Book Company.”

The employee, who was in her early 20s, had recently returned from her 18-month mission and had only converted to Mormonism at the age of 18, even though she spent her entire life in Utah. She looked closer at the Teachings of the Prophet Joseph Smith book, apparently surprised. I flipped to page 345 where Smith preached how God was an exalted man.

“Is this teaching true?” I asked. “Absolutely,’ she responded.

To this, I asked, “Since there could be errors in this book or it might have just been Smith’s opinion, is it necessary that I have personal revelation in order to know that what was written is true?” To make my point, I pulled out several other books—all written by her church’s General Authorities—and showed her what I call the “warning label.”

Why would anybody buy these potentially problematic books if there is even a slight chance that they could lead people astray in their teachings? Wouldn’t it be better just to stick with the manuals and not have to trust an individual author who could be wrong?

Interestingly enough, this woman is currently reading Kimball’s The Miracle of Forgiveness. We opened it up, and it too had the label. She seemed speechless, then finally said, “Maybe they put that language in there because people can misinterpret our leaders’ words.”

“So then nobody can misinterpret the manuals?” I asked.

She didn’t have an answer and graciously admitted that I had a point. After all, this is a church that claims to have authority from God. It is supposed to be the restoration of God’s church, brought back by Joseph Smith in 1830. Evangelical Christians are often asked where their prophets and apostles are located. Yet in a bookstore that is run by the church, the official manuals—which, by the way, are located in the back of the store behind a wall—don’t seem to be the most popular selections. The store was packed that Friday afternoon, but in the 30 minutes I spent looking through the available manuals, I was the only one perusing this section of the store. If the manuals were more popular, perhaps they would place them on special display tables in the front.

The saleslady admitted that, while she regularly attends the Sunday School classes, she couldn’t remember the name of the president whose teachings are being currently covered. (Answer: Lorenzo Snow). “I just follow along in the book during class,” she said. She also sheepishly admitted that she hasn’t read any of Snow’s manual on her own, adding that “nobody does.” (Then she laughed nervously and said, “Wow, that sounded wrong.”)

Later in September, Bill McKeever and I will be spending a week on our radio show/podcasts talking about these manuals and showing you some of the incredible quotes that I have been able to dig up. Until the church puts warning labels into their manuals, I assume that I can trust these books to tell me exactly what “official” Mormon doctrine is all about.

33 Responses to But is it official?