There is a Difference Between Truth and Error

Posted on August 8, 2013 by Sharon Lindbloom

From a sermon by Charles Haddon Spurgeon, “Taking Hold of God,” delivered October 7, 1877: 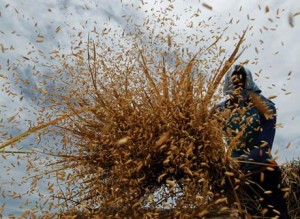 In the present age, if any man can talk well, he will get a following whatever he may teach. I am astounded at some professors who can hear this man, today, and that man the next, though the two are diametrically opposed. Surely there is some difference between truth and error. Surely mere cleverness cannot neutralize false doctrine.

Our forefathers discerned between things that differed and when false doctrine came before them they cast it out, notwithstanding the eloquence of its advocate. I do not want you to be bigots. God deliver us from their bitter spirit, but I do want you to be sound Believers. There is a great difference between obstinate bigotry and a decided maintenance of that which we have believed. After all, what is the chaff to the wheat? There is a difference between the doctrines of men and the teachings of the Lord. No lie is of the truth. Garnish it as you may, it is still a lie. Oh to be rooted and grounded and built up in Christ! One of the most desirable things in this fickle age is to see around the minister of Christ a people who know the truth, and feel that the truth binds them fast to their God.

“His winnowing fork is in his hand,
and he will clear his threshing floor
and gather his wheat into the barn,
but the chaff he will burn with unquenchable fire.”
Matthew 3:12

Sharon surrendered her life to the Lord Jesus Christ in 1979. Deeply passionate about Truth, Sharon loves serving as a full-time volunteer research associate with Mormonism Research Ministry. Sharon and her husband live in Minnesota.
View all posts by Sharon Lindbloom →
This entry was posted in Christianity and tagged Charles Spurgeon, False doctrine, False Prophets, Truth. Bookmark the permalink.

112 Responses to There is a Difference Between Truth and Error