Once upon a time I was a member of the Mormon Church. I was converted at age 14 and ardently followed the teachings and lifestyle of Mormonism. I went to Church every Sunday, read the Book of Mormon, and had an active and productive Mormon lifestyle.

In High School, I went to Seminary, and when I turned 19 I could not wait to go on a mission. Unfortunately for me, a few months after my 19th birthday I got in a very bad motorcycle accident; which delayed my mission for two years. But I still went, even though I had serious problems with one of my legs that had gotten smashed by a car. 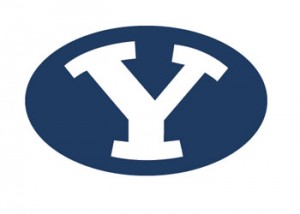 When I got back, I worked for awhile and then went where many good, active Mormons went: to BYU.  I worked full time and had a full college schedule to deal with, along with my callings in the local Ward I went to in Provo.  My area of expertise was Church History, and I had made up my mind that when I graduated from BYU I was going to be a Church Historian.

I was so devout that on one occasion I turned down a date with a very beautiful girl that wanted me to take her to a movie called 48 Hours, starring Eddie Murphy. I declined because it was rated ‘R’.  So what happened?

My insatiable appetite for knowledge about Church History caught up with me.

When I first moved to Provo and started going to the “Y”, I got an apartment.  The first thing that I did was hit the local lumberyard to buy some wood to make shelves. I bought eight-foot pine boards, 1/2 an inch thick, and made myself a set of shelves to hold all of my books. It was eight feet wide and six feet high. I had a lot of books. I collected them, and I filled those bookshelves.

On weekends, I would drive all over Utah hitting bookstores to find interesting out-of-print books on Mormon History. One weekend I found myself in southern Utah in the St. George area, and walked into a bookstore that was owned by a Fundamentalist Mormon. He gave me a book by Ogden Kraut called “Michael—Adam,” written in 1938. I had a long talk with the man about the Church and remember thinking, as I left the store, that he was crazy.  When I got home I filed the book away and forgot about it.

A few months later I was preparing for a Sunday School lesson about D&C Section 27 (and the priesthood), and I spied that book about Michael. I read it with fascination, and then disbelief.  I thought, “This guy is twisting these references; they don’t say what he says they do.”  Yet most of them were in the Journal of Discourses, which I myself had referenced many times over the years. 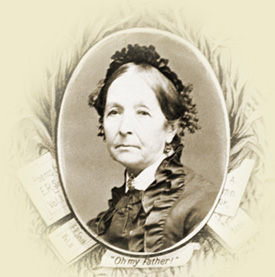 You see, I was familiar with some of the quotes Kraut used, but didn’t understand them in context. I now had the context, and I fought it tooth and nail. I spent the next few months tracking down and verifying every quote that I could from that book. The more I searched, the more I knew that Ogden Kraut had quoted Brigham Young in proper context.  For example, consider this poem by Eliza R. Snow:

Adam, your God, like you on earth, has been
Subject to sorrow in a world of sin;
Through long gradation he arose to be
Cloth’d with the Godhead’s might and majesty.
And what to him in his probative sphere,
Whether a Bishop, Deacon, Priest, or Seer?
Whate’er his offices and callings were,
He magnified them with assiduous care;

By his obedience he obtain’d the place
Of God and Father of this human race.
Life’s ultimatum, unto those that live
As saints of God, and all my pow’rs receive;
Is still the onward, upward course to tread–
To stand as Adam and as Eve, the head
Of an inheritance, a new-form’d earth,
And to their spirit-race, give mortal birth–

Give them experience in a world like this;
Then lead them forth to everlasting bliss.
Crown’d with salvation and eternal joy
Where full perfection dwells, without alloy.
(Eliza R. Snow, An Immortal, 188-89)

This places Brigham Young’s teachings about Adam in perfect context. According to Brigham Young, this was Mormonism’s Plan of Salvation. To me, it was inconceivable.

I remember how excited I was by this aspect of Mormonism (The Plan of Salvation) when I was converted, and how much my Mormon friends and I drank in things like the book “Life After Life” by Raymond Moody (it was very popular around that time), and going to Mormon productions like “Saturday’s Warriors.”

What I couldn’t wrap my mind around was what I now found Brigham Young actually teaching: that Adam… was God, the Father of our spirits, and the literal Father of Jesus Christ in the flesh. For all those who say that it doesn’t make sense, well it didn’t to me back then either. But then, I wasn’t as familiar with all of Young’s teachings back then. For example, he taught,

“But the fact exists that the Father, the Divine Father, whom we serve, the God of the Universe, the God and Father of our Lord Jesus Christ, and the Father of our spirits, provided this sacrifice and sent his Son to die for us; and it is also a great fact that the Son came to do the will of the Father, and he has paid the debt, in fulfillment of the scripture which says, ‘He was the Lamb slain from the foundation of the world!’ Is it so on any other earth? On every earth!” (Brigham Young, Journal of Discourses 14:71)

Yes, I thought, Jesus’ Atonement covers them all. But you have to keep reading.  He then says,

“How many earths are there? I observed this morning that you may take the particles of matter composing this earth, and if they could be enumerated they would only be a beginning to the number of the creations of God; and they are continually coming into existence, and undergoing changes and passing through the same experience that we are passing through.”

That’s fine. I agreed with that. But then Young teaches,

“Sin is upon every earth that ever was created, and if it was not so, I would like some philosophers to let us know how people can be exalted to become sons of God, and enjoy a fulness of glory with the Redeemer. Consequently every earth has its redeemer, and every earth has its tempter; and every earth, and the people thereof, in their turn and time, receive all that we receive, and pass through all the ordeals that we are passing through.” (Brigham Young, Journal of Discourses 14:71-72. Bold emphasis added.)

How does all this work? Well, Brigham Young answered it. We all become Adams. The rest of it (as I found out), Brigham Young did indeed teach as doctrine and called it a revelation from God.

This did not sit well with me and so I started asking around. I went to my Bishop which was a colossal waste of time. I went to my Stake President. Same thing. I went on Campus and received a lot more answers, but was told to keep them to myself. But I didn’t. I went back to my Stake President and demanded answers. He eventually wrote to Church Headquarters and they told him to have me read Mark E. Peterson’s book, Adam, Who Is He?

I read the book and saw that Peterson had been very deceptive in many places. For example, Peterson wrote,

“We do not know what part Michael played in the creation of this earth. President Young did not make it clear.” (Adam, Who is He?, 83)

But Brigham Young made it perfectly clear on more than one occasion. Take this example from a sermon given at General Conference, October 8, 1854 (Wilford Woodruff called this the “greatest sermon ever given to the Latter-day Saints as a people”):

“Elohim looked around upon the eternity of matter, and said to his associates, and those that he was pleased to call upon at that time for his counselors, with regard to the elements, worlds, planets, kingdoms and thrones; said he, ‘Yahovah[,] Michael, see that eternal matter on all sides, this way and that way; we have already created worlds upon worlds, shall we create another world? Yes, go and organize the elements yonder in space;’ not empty space, for there is no such thing, once in a while, [the] earth quakes, and the extensive destruction of combustible matter by fire will come nigh, making empty space for perhaps the millionth part of a second. ‘Yahovah[,] Michael, go and create a world, make it, organize it, form it; and then put upon it every thing in all the variety that you have seen, that you have been in the habit of being associated with in other worlds, of beasts, birds, fowl, fish, and every insect, and creeping thing,”– and finally, the whole eternity of element is full of life, bring it together and make of it living creatures.’

“Yahovah [and] Michael, goes and does as they are told. What I am now going to tell you, will no doubt astonish the whole of you. When Yahovah [and] Michael had organized the world, and brought from another kingdom the beasts, fish, fowl, and insects, and every tree, and plant with which we are acquainted, and thousands that we never saw, when he had filled the earth with animal and vegetable life, Michael, or Adam, goes down to the new made world, and there he stays.” (Essential Brigham Young, 94)

That, along with other things that happened, made me realize that Brigham Young (as well as every other Mormon “prophet”) wasn’t worth following.  Many years later, I realized how much at odds the teachings of Brigham Young and Joseph Smith were compared to the Bible.

“Man is the offspring of the Gods. This is the supreme conception which gives to religion its very soul. Unless man’s divinity comes in somewhere, religion is the wretchedest humbug that ever deluded mortals. But the sublime and most primitive conception of Mormonism is that man in his essential being is divine, that he is the offspring of God–that God is indeed his Father.” (Women of Mormondom, 192)

Brigham Young taught that Adam was the Father of the spirits of Mankind. I challenge any Mormon to prove that he didn’t teach it, and that it can’t be clearly understood in the light of Joseph Smith’s doctrinal progression.  Here is some ammo for you all to use. I guarantee that I can rebut everything that Brian Hales tries to argue here. Good luck, if any of you dare to take the challenge.

66 Responses to The Adam God Challenge