In the recently released statement on lds.org on Race and the Priesthood, the modern Mormon Church disavows “that blacks or people of any other race or ethnicity are inferior in any way to anyone else…” This unequivocal truth, that no race or ethnicity is superior to another, is something that Spain (1542), Quakers (1600s), Pennsylvania (1790), England (1807), Abraham Lincoln (1865), and Christians of any era who believe the Bible, know. According to the Bible, God shows no favoritism—never by skin color—and commands his people to do the same.

Lincoln, who often quoted the biblical God, was displeased with the Utah Territory for its stance as a slave territory (and for its polygamy). Finally in 1978, 113 years after Lincoln and 24 years after Brown vs. Board of Education, the Mormon Church gave black members of African ancestry (why not restrict Native Americans—they were the unrighteous dark-skinned Lamanites of the Book of Mormon?) equal access to the priesthood, ergo its Celestial kingdom, eternal life, and the potential for godhood. 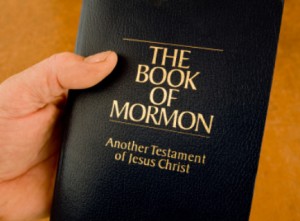 As a professor at Brigham Young University (1999-2008), I taught, among other things—multiculturalism. In class, some of my generational LDS students proposed that those with black skin were blighted with something they called “the curse of Cain.” Alarmed by this belief, I began to investigate LDS scriptures on the topic and discovered scriptural support in the Book of Mormon and the Pearl of Great Price corroborating students’ beliefs.

Because these scriptures still exist, are read, and revered, the lingering conundrum for the Mormon Church is this: How to explain the 20-some passages of LDS scripture that can be considered racist. So, this new attempt to state a non-biased position on race, which falls short of an apology, ignores the challenge of present-day scriptures.

As well intended as the latest words on the official church website are, they can affect no real change in policy or teachings because these scriptures remain. Why call these scriptures racist? The definition of racist is the belief that some races of people are better than others because of their race, their skin color. This is precisely what the LDS scriptures STILL teach. Here are few examples just from the Book of Mormon:

Alma 3:6 “And the skins of the Lamanites were dark, according to the mark which was set upon their fathers, which was a curse upon them because of their transgression and their rebellion against their brethren…”

3 Nephi 2:15 “And their curse was taken from them, and their skin becamewhite like unto the Nephites;”

3 Nephi 19:30 “And when Jesus had spoken these words he came again unto his disciples; and behold they did pray steadfastly, without ceasing, unto him; and he did smile upon them again; and behold they werewhite, even as Jesus.”

As these passages explain, the Lamanites (forerunners of the dark-skinned Native Americans descended from the Jews according to the Book of Mormon) were given a mark of dark skin as a curse for their transgression, not toward God, by the way, but toward their brethren, the “righteous” Nephites. Later when some Lamanites became righteous, the curse was removed and their skin became white.

This repulsion for the LDS racist scriptures I had discovered began to soften my heart toward the biblical God who, according to the Bible, is no respecter of persons and who shows no favoritism. When I read the Bible, its teachings were unmistakably clear because they were repeated over and over. One of these undeniable themes is that God is no respecter of persons and shows no favoritism, no bias.

What to do with the racist scriptures? If the LDS Church moves to remove them, then that calls into question all other things Joseph Smith wrote as scripture and said came from God. Can the Mormon Church say they’re an allegory that means something other than what they say literally? As of today, the church is still defending the four standard works on their official website as “utterly reliable” and “pure truth.”

Part 2 of Lynn’s article can be found here.