LDS author Stephen Taggart (Negro Policy: Social and Historical Origins, 1970) writes that it was Joseph Smith who put all of the elements in place for the church to accept a priesthood restriction for blacks. After Joseph’s death, the church’s semi-official paper, Times and Seasons, printed in 1846 that the blood of Israel had exclusive rights to the priesthood, implying that other blood lines such as the blood of Canaanites, did not. Patriarchal blessings identified Mormons with the non-cursed tribe of Ephraim from the 1830s.

Although at least two black men, Elijah Abel ordained by Zebedee Coltrin and Walter Lewis ordained by William Smith, received the priesthood during Joseph’s lifetime, Joseph did not ordain them. Ordained in 1836, Elijah Abel could merely enter the Kirtland temple for foot washings and later baptisms for the dead. He was excluded from the 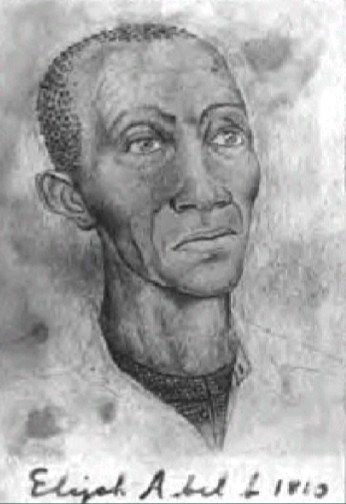 Nauvoo endowment ritual. After Joseph died, hundreds of endowments occurred in the temple before the exodus, but Elijah Abel was not among them. Irrefutably according to Mormon doctrine, he needed to receive his temple endowments to enter the highest degree of the Celestial Kingdom in a role greater than that of a servant. So did Jane Manning James, once Smith’s housekeeper. She pleaded with church leaders for decades to give her permission to take out her endowments.  Smith did not offer the privilege to her, nor did Brigham Young after him, but in 1894 she was allowed to be sealed to Joseph Smith’s family as a servant.

Taggart and Fawn Brodie (No Man Knows My History, 1945) as well as some non-LDS historians suggested that the Mormon Church’s anti-abolitionist, proslavery attitude began in Missouri in the 1830s. Missouri was a slave state and suspicious that the incoming “Saints” might allow free blacks to come to Missouri. The LDS church took a stand, non-LDS historians say, for survival. In the Messenger and Advocate (vol. 2, no. 7, p. 300, April 1836), Smith declares that slavery was ordained by God and consistent with the gospel of Christ.

“…we unhesitatingly say…the project of emancipation is destructive to our government, and the notion of amalgamation is devilish!-And insensible to feeling must be the heart, and low indeed must be the mind, that would consent for a moment, to see his fair daughter, his sister, or perhaps, his bosom companion, in the embrace of a NEGRO!

We entreat our brethren of the Eastern, the free States, the Canadas, and all, wherever they may be found, not to be surprised or astonished at this step, which we have thus publicly taken: were they acquainted with the present condition of the slave, they would see that they could not be freed, and we enjoy our present, civil and social societies. And further, that this matter cannot be discussed without exciting the feelings of the black population, and cause them to rise, sooner or later, and lay waste and desolate many parts of the Southern country.

This cannot be done without consigning to the dust thousands of human beings. And the bare reflection of being instrumental in causing unprovoked blood to flow, must shock the heart of every saint.”

Whether or not a few black men received the priesthood, they were denied the blessings of the temple endowments and sealings. Whether or not the racist posture coalesced in Missouri, it originated in the scriptures and the teachings that Joseph Smith himself brought forth. These are the very scriptures that the LDS church teaches came from God Himself and are “utterly reliable” and “pure truth.”

Joseph Smith Founder of LDS Racist Scriptures and Teachings: Part 1
If the Foundation is Rotten, All that Joseph Smith Built Tumbles (aka Part 3)