Are Mormons Stressed Out?

[The following is a guest post written by a friend of Mormonism Research Ministry – a former Mormon who wishes to remain anonymous to keep family peace.]

Two recent Gallup polls have disclosed an odd disparity in the State of Utah, home of the Mormon Church. One poll reports that the citizens of the Provo-Orem area (home of the Church’s flagship university, BYU) have the best “well-being” in the Nation, while another reports that Utah is one of the four most stressed states in the Nation.  How can this be? 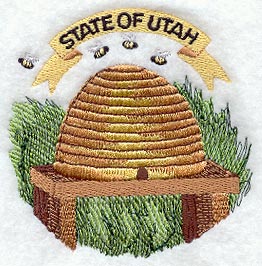 Well, on closer examination it turns out that in the “well-being” poll, the Provo-Orem area scores high on having a non-smoking populace, certainly a benefit of adherence to the Mormon health laws; however, the area does not score that high in other areas of well-being. And Salt Lake City, the Church’s headquarters, does not score high at all.

However, in the “most-stressed” poll, the results are more consistent. In response to the question, “Did you experience [stress] during a lot of the day yesterday?” a total of 44.6 percent of Utahans answered “yes” to the question, ranking Utah behind only West Virginia (47.1 percent), Rhode Island (46.3 percent), and Kentucky (44.8 percent). (Salt Lake Tribune, Tuesday, May 6, 2014.)

Why so much stress in Utah? One possibility: Nothing breeds stress like internal conflict, and Mormons have plenty of that.

Even the Brethren running the Church’s flagship university, BYU, have tied stress among the Mormons to the Church’s intimidation and denial of its own history. The Spring 2014 issue of BYU Magazine warns:

“Latter-day Saints have experienced crises of faith throughout the history of the Church, but the number of those asking hard questions or finding themselves in faith crisis has increased with the advent of the Internet.” (“Keeping the Faith,” p. 22)

Mormons are faced with two mandates from their leaders that are sure to create inner stress. According to two LDS leaders – Apostles Boyd K. Packer and Dallin Oaks – Mormons are required to conceal “advanced” Church history and doctrines, and accommodate a history of lying by Church leaders about Joseph Smith’s polygamy with teenage girls and the wives of other men, as well as new authorized polygamous marriages after the 1890 Manifesto prohibiting such marriages.

Packer, currently President of the Quorum of the Twelve Apostles and next in line to succeed the current Prophet, has in contemporary times continued the practice of concealing “advanced” Church history and doctrines, cautioning members of the Church:

“That historian or scholar who delights in pointing out the weakness and frailties of present or past leaders destroys faith. A destroyer of faith—particularly one within the Church…places himself in great spiritual jeopardy. He is serving the wrong master, and unless he repents, he will not be among the faithful in the eternities. One who chooses to follow the tenets of his profession [that is, accurately describing Church history], regardless of how they may injure the Church or destroy the faith of those not ready for ‘advanced history,’ is himself in spiritual jeopardy. If that one is a member of the Church, he has broken his covenants and will be accountable.” (Boyd K. Packer, “The Mantle is Far, Far Greater Than the Intellect,” 1981, BYU Studies, Vol. 21, No. 3, pp. 259-271; emphasis mine) 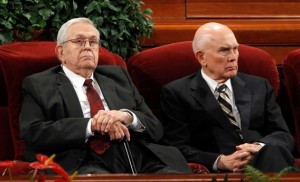 Concealing LDS history and doctrines evidently comes under the heading of “lying for the Lord,” according to Elder Oaks:

“Some have suggested that it is morally permissible to lie to promote a good cause. For example, some Mormons have taught or implied that lying is okay if you are lying for the Lord. As far as concerns our own church and culture, the most common allegations of lying for the Lord swirl around the initiation, practice, and discontinuance of polygamy…” (Apostle Dallin H. Oaks, “Gospel Teachings about Lying,” fireside address to faculty, students, and alumni of BYU on September 12, 1993; emphasis mine)

Elder Oaks discreetly neglects to mention that those responsible for the initiation and continuation of the practice were, and are, LDS Church leaders, from the Prophet Joseph Smith and his apostles to current Church prophets and apostles. Oaks went on to admit that the Prophet Joseph secretly practiced polygamy and lied to church members about it:

“It is clear from the record of history that Joseph Smith [secretly] introduced the doctrine and practice of polygamy to a select few in the 1830s and 1840s, but it [the doctrine of polygamy] was not announced publicly by the Church until the revelation was read aloud at a Church conference in Salt Lake City in 1852 [ten years later].”

Although the doctrine of polygamy was publicly introduced to the Church in 1852, Apostle Oaks’ admission that the Prophet Joseph had secretly practiced it in the 1830s stunned Church members in 1993, and even today the Prophet Joseph’s many wives – including 14-year-old Helen Mar Kimball and the wives of other men – are considered “advanced history” and are not to be openly discussed by Mormons. Ironically, in spite of the Church’s efforts to intimidate members and suppress the facts, these facts can now be easily researched by Mormons and others on an objective Internet website, Wikipedia (see here and here.)

Elder Oaks further admitted during the fireside that senior Church leaders had continued to secretly authorize polygamous weddings long after the 1890 Official Manifesto that formally outlawed the practice, notwithstanding their public denials at the time.

Here, too, the truth is now available on the Internet for all to see, denials from Mormons notwithstanding, and again from an objective source.  Those post-1890 Manifesto polygamous marriages authorized by the most senior Church apostles are also considered to be “advanced history” and are not to be openly discussed among Mormons. In other words, Mormons are expected to “lie for the Lord” (without calling it that) and deny it ever happened, lest they fall under condemnation by Elder Packer.

Or, as Apostle Russell M. Nelson more politely warned in 1986:

“Indeed, in some instances, the merciful companion to truth is silence. Some truths are best left unsaid… Any who are tempted to rake through the annals of history… to dig up ‘facts’… should hearken to this warning of scripture.” (Russell M. Nelson, “Truth–and More,” Ensign, Jan. 1986, p. 69)

Is it any wonder Mormons are stressed out?

18 Responses to Are Mormons Stressed Out?