Member Inactivity in the Mormon Church

Posted on September 25, 2014 by Sharon Lindbloom 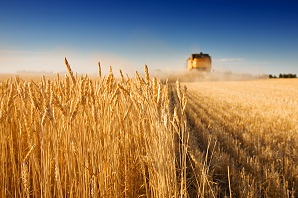 While this information is likely troubling to LDS leaders, and perhaps encouraging to critics of Mormonism, it does not prove or disprove anything about the truthfulness of the religion. What it does tell us is that a significant number of Mormons are dissatisfied with their faith.

Friends, people who leave Mormonism for a life without Christ are no better off in the eternal scheme of things than people who remain LDS and follow a “different Jesus.” These inactivity reports are a poignant reminder that, as Christians, we do not seek merely to lead people away from Mormonism. We are called to a much greater purpose. Our hope and deepest longing is to walk with those who are spiritually lost, helping them along that rough but glorious pathway to new life in Christ. The great scope of Mormon inactivity does not reduce the size of our mission field one bit. Let us keep our shoulders to the plow until the field is ripe and ready to harvest.

“And the Lord’s servant must not be quarrelsome but kind to everyone,
able to teach, patiently enduring evil, correcting his opponents with gentleness.
God may perhaps grant them repentance leading to a knowledge of the truth,
and they may come to their senses and escape from the snare of the devil,
after being captured by him to do his will.”
(2 Timothy 2:24-26)

19 Responses to Member Inactivity in the Mormon Church