So why is abortion a sin?

The following blog article originally posted at Mormon Coffee on January 1, 2008. We repost it today, on the 42nd anniversary of the Roe v. Wade decision. Statistics have been updated.

January 22, marks the 42nd anniversary of the infamous Rose vs. Wade decision making abortion legal in the United States. According to the Guttmacher Institute, nearly 53 million legal abortions have been performed in the U.S. between 1973 and 2011. That averages out to nearly 1.4 million abortions per year. The Mormon Church touts itself as a “pro-life” church although, like many teachings coming out of Salt Lake City, consistency regarding the topic of abortion is lacking.

For example, President Gordon Hinckley, speaking in general conference in October, 1998 noted that abortion was an “ugly thing.” He went on to say,

“While we denounce it, we make allowance in such circumstances as when pregnancy is the result of incest or rape, when the life or health of the mother is judged by competent medical authority to be in serious jeopardy, or when the fetus is known by competent medical authority to have serious defects that will not allow the baby to survive beyond birth.” 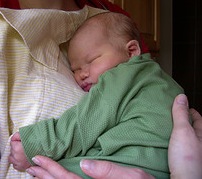 Pro-life ethicists would find Hinckley’s allowances fraught with problems, but it is not my intention at this time to discuss the holes in Hinckley’s statement.

According to the LDS General Handbook of Instructions (11-4), the termination of a pregnancy is “one of the most…sinful practices of this day.” Twelfth President Spencer Kimball said very much the same thing when he wrote,

“Abortion must be considered one of the most revolting and sinful practices in this day…” (The Teachings of Spencer W. Kimball, p.189).

However, the Encyclopedia of Mormonism (1:7), while citing the prohibition to kill found in D&C 59:6, goes on to state,

“With respect to related offenses, the Church distinguishes abortion from murder but holds it an extremely grave action, not to be done except in extremely limited circumstances that might include incest or rape, perils to the life or health of the mother, or severe birth defects. As far as has currently been revealed, a person may repent and be forgiven for the sin of abortion.”

Such statements raise obvious questions. Why does the LDS Church consider abortion a sin, if it is not murder? If abortion in fact “kills” something, what does it kill, and if the object killed was once living and had human DNA, how is this not murder? If that be the case, why is there a provision for forgiveness for this type of murder, yet there is no such provision in Mormonism for any other type of murder?

3 Responses to So why is abortion a sin?