Is it wrong say Mormonism embraces a “different Jesus”?

Mormon bishop Nate Sharp wrote a blog article aimed at “Dispelling 5 More Myths About Mormons.” I want to take a look at the first ”myth” he tackled:

“One myth about Mormons is the notion that we believe in a ‘different Jesus.’ In reality, of course, there is one and only one Jesus Christ. Jesus of Nazareth, whose life, ministry, Atonement, death, and resurrection are recounted in the New Testament, is the center of our faith in The Church of Jesus Christ of Latter-day Saints. Mormons worship and accept Jesus Christ as King of kings, Lord of lords, Creator of the universe, the promised Messiah, the Son of God, and the Savior and Redeemer of all mankind. Jesus is the ‘author and finisher of our faith’ (Hebrews 12:2) and ‘the way, the truth, and the life’ (John 14:6). We believe His is the only name under heaven whereby mankind can be saved.”

The assertion that there is no such thing as a “different Jesus” has been around for as long as I’ve been investigating Mormonism. Dr. Sharp is correct, of course, that “there is one and only one [true] Jesus Christ”; that is, one being named Jesus who is in fact God’s promised Messiah. But this does not eliminate the possibility that people may invent what is in reality a “different Jesus.” Dr. Sharp’s list of similarities between Mormonism’s Jesus and the biblical Jesus does not validate his assertion that they are one and the same. 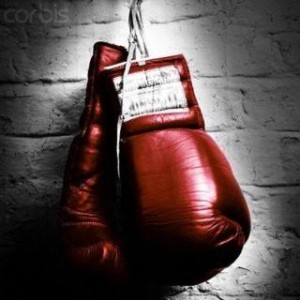 The apostle Paul wrote about “another Jesus” as he shared his concern that the Corinthian church could be led astray from “a sincere and pure devotion to Christ.” He chastised them as they seemed to lack discernment:

So while there is one true Jesus, one true spirit, and one true gospel, God tells us to watch out for “different” (false) saviors, spirits and gospels. Jesus Himself provides a strong warning:

“For false christs and false prophets will arise and perform great signs and wonders, so as to lead astray, if possible, even the elect.” (Matthew 24:24)

According to the Bible, there certainly is such a thing as a “different Jesus.” The question, then, is whether “Mormons believe in a ‘different Jesus’” or whether this “notion” is a myth.

A Mormon prophet, a Mormon apostle, and a Mormon Seventy all taught that Mormons believe in a different Jesus Christ than Christians do:

“As a church we have critics, many of them. They say we do not believe in the traditional Christ of Christianity. There is some substance to what they say.” (Gordon Hinckley, “We look to Christ,” Ensign (Conference Edition), May 2002, 90)

“And virtually all the millions of apostate Christendom have abased themselves before the mythical throne of a mythical Christ whom they vainly suppose to be a spirit essence who is incorporeal uncreated, immaterial and three-in-one with the Father and Holy Spirit.” (Bruce R. McConkie, Mormon Doctrine, 1966, 269)

“It is true that many of the Christian churches worship a different Jesus Christ than is worshipped by the Mormons or The Church of Jesus Christ of Latter-day Saints.” (Bernard P. Brockbank, “The Living Christ,” Ensign (Conference Edition), May 1977, 26).

So the “different Jesus” of Mormonism is not a myth. But what about Dr. Sharp’s description of Mormonism’s Jesus? It sounds biblical. It sounds like the Jesus Christ Mormons follow is the same Jesus that is revealed in the New Testament. Yet if we examine Mormonism a bit more closely we find that this is not so. I want to look at just a few of the attributes Dr. Sharp highlighted in his article. I’ll do that in a follow-up blog on Thursday.

29 Responses to Is it wrong say Mormonism embraces a “different Jesus”?