General Conference: Mormons told to get past Joseph Smith’s history and move forward.

Posted on October 8, 2015 by Sharon Lindbloom 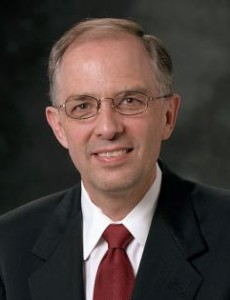 During last weekend’s General Conference of the LDS Church (3-4 October 2015), Mormon apostle Neil L. Andersen spoke on the topic of faith, and the importance of keeping it burning brightly. He said that faith does not come by chance, but by choice.

Mr. Andersen talked about faith challenges that result from “honest questions,” emphasizing the need to find answers using both intellect and feelings. Even so, he counseled,

“Faith never demands an answer to every question, but seeks the assurance and courage to move forward, sometimes acknowledging, ‘I don’t know everything, but I do know enough to continue on the path of discipleship.’”

Mr. Andersen spoke of the folly of “immersing oneself in persistent doubt fueled by answers from the faithless and the unfaithful” which serves to weaken one’s faith in the Restoration. Using the example of questions concerning the Prophet Joseph Smith that have been “hurled by his critics since this work began,” Mr. Andersen said,

“To those of faith, who, looking through the colored glasses of the 21st century, honestly question events or statements of the Prophet Joseph from nearly 200 years ago, may I share some friendly advice? For now, give Brother Joseph a break.”

Give him a break? What, exactly, was Mr. Andersen suggesting?

While the Mormon apostle did not provide any specific things for which Joseph Smith needs a break (I’d like to see that list!), perhaps he was suggesting, as many Mormons have of late, that Joseph Smith should be judged by reasonable 19th century Christian standards, not those of the 21st century. If so, this doesn’t help Brother Joseph at all. As Mr. Andersen pointed out, these criticisms have been “hurled” at the Prophet since the 1800s –19th century Christian standards did not allow people of Joseph’s time to give him a break.

Perhaps Mr. Andersen meant that those of us looking at the Prophet’s life two centuries after the fact cannot understand it. As he said,

“In a future day, you will have 100 times more information than from all of today’s search engines combined. And it will come from our all-knowing Father in heaven.”

This begs the question: What about the information we already have from our all-knowing Father in heaven? God Himself commanded us “Beware of false prophets” and explained, “You will recognize them by their fruits” (Matthew 7:15-16).
There are two types of fruit evident in Joseph Smith’s life that, out of obedience to God, we should examine. One type is doctrinal: How did Joseph Smith affect the universal Christian church? Paul paints a picture that mirrors Joseph Smith’s influence on the church in 1 Timothy 6:3-5:

“If anyone teaches a different doctrine and does not agree with the sound words of our Lord Jesus Christ and the teaching that accords with godliness, he is puffed up with conceit and understands nothing. He has an unhealthy craving for controversy and for quarrels about words, which produce envy, dissension, slander, evil suspicions, and constant friction among people who are depraved in mind and deprived of the truth, imagining that godliness is a means of gain.” 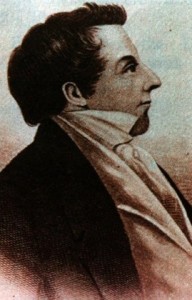 There is no question that Joseph Smith’s life as a prophet was characterized by controversy, quarrels, slander, friction, etc.

Another type of fruit we can examine in Joseph Smith’s life is his character/morals. We want to avoid using 21st century standards, so instead, consider standards that were acceptable in Joseph’s day:

“Therefore an overseer must be above reproach, the husband of one wife, sober-minded, self-controlled, respectable, hospitable, able to teach, not a drunkard, not violent but gentle, not quarrelsome, not a lover of money. He must manage his own household well, with all dignity keeping his children submissive, for if someone does not know how to manage his own household, how will he care for God’s church? He must not be a recent convert, or he may become puffed up with conceit and fall into the condemnation of the devil. Moreover, he must be well thought of by outsiders, so that he may not fall into disgrace, into a snare of the devil.” (1 Timothy 3:2-7)

How well did Joseph’s life display these biblical fruits (i.e., qualifications for church leaders)? Was he “above reproach”? Obviously not, or we wouldn’t be having this conversation. Was he the husband of one wife? No, he had 30-40 wives. He was not “respectable,” he became “puffed up,” he did not “manage his own household” well, and the damage he caused as he “cared for God’s church” is well-known.

LDS apostle Neil Andersen must not have been suggesting that we be careful to judge Joseph Smith by 19th century standards, for that surely would not be giving the Prophet a break.

I considered that perhaps Mr. Anderson doesn’t want us to judge Joseph Smith at all. But that can’t be it because he asked his congregation to look at the “totality of Joseph’s life” (i.e., judge the positive things), noting that the Prophet translated the Book of Mormon in ninety days, though he was poor and under educated. “Tens of thousands of honest, devoted men and women embrace the cause of the Restoration,” Mr. Andersen said, “and at age 38 Joseph sealed his witness with his blood. I testify that Joseph Smith was a prophet of God. Settle this in your mind and move forward.”

This, I think, is what Mr. Andersen was getting at when he said “Give Brother Joseph a break.” Or, to appropriate the words of another Mormon leader, “Don’t worry about those little flicks of history” (Gordon B. Hinckley, interview with Mike Wallace on 60 Minutes, April 1996). Mr. Andersen believes Joseph Smith was a true prophet of God, and he wants Mormons to trust his testimony because, as he told the Mormon congregation, “The guidance of the First Presidency and the Twelve help protect our faith.”

What Mr. Andersen is really asking for is that Mormons give Brother Joseph a pass. Ignore the fruit of the Prophet’s life. Ignore Christ’s exhortation to beware of false prophets. Ignore the clear and persistent warnings throughout all of Scripture that plead with people to test the prophets and try the spirits for their own spiritual safety. Ignore it all and thereby “protect” your faith.

To what end, Mormon friends? Is such a misplaced faith worth protecting?

21 Responses to General Conference: Mormons told to get past Joseph Smith’s history and move forward.