This is a Test: Joseph Smith and Deuteronomy 13

Posted on November 12, 2015 by Sharon Lindbloom 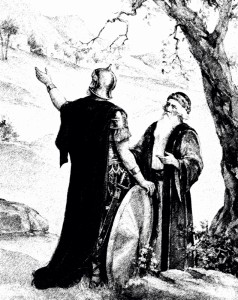 It had been a long forty years of wandering in the wilderness. God’s people Israel were finally nearing their Promised Land. Moses’ life was drawing to a close and the people were about to enter a new way of life under the untried leadership of Joshua. They needed to be prepared for what lay ahead. So God, in His loving mercy, commanded Moses to give His people important instructions regarding their continued faithfulness once they found themselves on the other side of the Jordan River. These instructions today are found in the Old Testament book of Deuteronomy.

This biblical book makes known many important truths God delivered to Israel through Moses. However, for the purposes of this article we shall look at only two.

In Deuteronomy 6:4 God gave His people a concise confession of their faith: “Hear, O Israel: The LORD our God, the LORD is one!” This passage speaks of the uniqueness of the LORD (Yahweh) and asserts that He alone is God (Elohim). This strong monotheistic confession was a call for God’s people to stay true to Him as they lived among polytheistic pagans, for He instructed: “You shall love the LORD your God with all your heart, with all your soul, and with all your strength.” (Deuteronomy 6:5)

But God recognized the temptations the pagan worshipers would bring to the children of Israel. Therefore, He warned His people to have nothing to do with idolatry. In Deuteronomy 13:1-3 God said,

“If there arises among you a prophet or a dreamer of dreams, and he gives you a sign or a wonder, and the sign or the wonder comes to pass, of which he spoke to you, saying ‘Let us go after other gods’–which you have not known–‘and let us serve them,’ you shall not listen to the words of that prophet or that dreamer of dreams, for the LORD your God is testing you to know whether you love the LORD your God with all your heart and with all your soul.”

The words from the Shema (Deuteronomy 6:4) were echoed here as God prepared His people for the temptations brought by false prophets. The Israelites were not to be deceived by miraculous signs or fulfilled prophecy; these things were not the standard by which to ultimately judge the dreamer of dreams. Instead, a theological analysis was to be applied: Who was the God the prophet advanced? Was He the one God the people had always known? Or was he a new and different god?

This was a test.

God said He allowed false prophets and temptations toward idolatry in order to test His people, that it would be shown whether they truly loved Him. Those who did were to respond in this way: “You shall walk after the LORD your God and fear Him, and keep His commandments and obey His voice; you shall serve Him and hold fast to Him” (Deuteronomy 13:4-5; emphasis added). God demanded total fidelity and would accept nothing less.

On a hill overlooking the Mississippi River thousands of people sat listening to their prophet, Joseph Smith, Jr., deliver a sermon at the General Conference of The Church of Jesus Christ of Latter-day Saints. Due to its content being prompted by the death of a Mormon man named King Follett, this address would later be known as the King Follett Discourse.* The Prophet’s stated purpose for this particular sermon was to teach the congregation to “understand and be fully acquainted with the mind, purposes, and decrees of the great Eloheim,” that is, God the Father. After assuring his listeners that he would speak only as inspired by the Holy Spirit, Joseph Smith launched into a theologically jam-packed sermon on the nature of God. 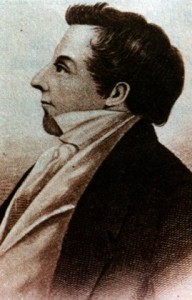 “…it is necessary that we should understand the character and being of God, and how he came to be so; for I am going to tell you how God came to be God. We have imagined and supposed that God was God from all eternity, I will refute that idea, and will take away and do away the vail, so that you may see.”

What was Joseph Smith saying? His listeners had “imagined and supposed that God was God from all eternity.” Why would they have believed such a thing? Perhaps they had read it in the Bible. Psalm 90:2 says, “Before the mountains were brought forth, or ever You had formed the earth and the world, even from everlasting to everlasting, You are God.”

“These are incomprehensible ideas to some; but they are simple. It is the first principle of the Gospel to know for a certainty the character of God…he was once a man like us; yea, that God himself, the Father of us all, dwelt on an earth the same as Jesus Christ himself did…”

Was this the God Joseph Smith’s audience had always known? No, for this prophet said he would refute their long-held ideas about God.

“Here then is eternal life–to know the only wise and true God; and you have got to learn how to be Gods yourselves, and to be kings and priests to God, the same as all Gods have done before you,–namely, by going from one small degree to another, and from a small capacity to a great one…”

What’s this? Our God is one of many? He used to be a man but learned to be a God by going from one small degree to another? How does this compare with the revelation of God in the Bible–the God we have always known?

How about the true confession of faith given by God in Deuteronomy: “Hear, O Israel: The LORD our God, the LORD is one!”

We now know what kind of being Joseph Smith encouraged us to worship, but what has God previously revealed? “Do not fear, nor be afraid; have I not told you from that time, and declared it? You are my witnesses. Is there a God besides Me? Indeed, there is no other Rock; I know not one.” (Isaiah 44:8)

In his King Follett Discourse, Joseph Smith did exactly what God warned against in Deuteronomy 13. He essentially said, “Let us go after other gods–which you have not known–and let us serve them.”

What should have been the response of the audience to this heretical teaching? God commanded: “…you shall not listen to the words of that prophet or that dreamer of dreams…”

Unfortunately, most of Joseph Smith’s followers in 1844 did listen to the words of that prophet. Joseph praised them, saying,

It is a great responsibility Almighty God has placed upon us, to know Him, the only true God, and love Him with all our hearts. But He has not left us helpless and floundering, to be tossed to and fro by every wind of doctrine. He has provided the means for us to spot false prophets and false doctrine, and commands us to use the tools He has given us.

False prophets test the depth of our love for God, but Deuteronomy also gives us a test to measure those claiming to come in the name of the LORD. In the case of Joseph Smith and his King Follett Discourse, the answer is clear. The fruit of this prophet is heresy.

May all who truly love God respond as He has commanded: “You shall walk after the LORD your God and fear Him, and keep His commandments and obey His voice; you shall serve Him and hold fast to Him.”

This article originally appeared in A Word in Season, Fall 2000.

26 Responses to This is a Test: Joseph Smith and Deuteronomy 13