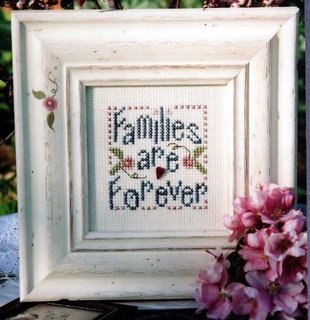 An article on Salt Lake City’s KUTV.com reports on the findings of a U.S. Census Bureau survey released on Tuesday. According to the 2005 American Community Survey Utahn’s continue to hold the record for getting married and starting families at a younger age than people in other parts of the country.

Behind the state’s large households — 3.07 individuals, compared with 2.6 nationally — is its nation’s highest fertility rate, 2.5 children per woman in 2004 compared to the national rate 2.0.

Also noted in the KUTV article is a statistic regarding the percentage of Utah households that are married couples with children: 32.4 percent, compared to the national rate of 21.7 percent.

BYU associate professor Sam Otterstrom has a name for the Utah trend toward young, traditional families: “the Church effect.”

Demographers say the main factor that contributes to young marriages and large households is The Church of Jesus Christ of Latter-day Saints. The church says its members account for 72 percent of Utah’s population.

Everyone knows Mormons place a high value on families. They strive to live together in strong, committed family relationships. But Mormons aren’t unique in this. Virtually all of my Christian friends also value their families. They understand their children are gifts from God and they have a blessed responsibility to raise those children in the nurture and admonition of the Lord.

So what is it about Mormonism that’s different? What causes Latter-day Saints to marry younger, marry often and have larger families than people of other faiths or America at large?

Eternal life is God’s greatest gift to His children, and it is obtained only through a family relationship. …The marriage covenant is essential for the Lord’s plan and is the purpose for which He created the heavens and the earth. (Ensign magazine, June 2006, page 89. Emphasis added.)

President Gordon B. Hinckley taught us: “The family is divine… Only through its organization can the purposes of the Lord be fulfilled.”…

I sincerely believe that in the sanctity of the family our love, loyalty, respect, and support for each other can become the sacred shield that will protect us from the fiery darts of the devil. (Ensign magazine, May 2006, page 98. Emphasis retained from the original.)

These doctrines regarding the family are the core of Mormonism. How different from the biblical teachings on children, families, salvation and spiritual safety. While the Bible tells us that families are good and desirable, it never makes the family “divine” or the focus of our future hope. Here is one example highlighting the biblical focus:

Stand therefore, having girded your waist with truth, having put on the breastplate of righteousness, and having shod your feet with the preparation of the gospel of peace; above all, taking the shield of faith with which you will be able to quench all the fiery darts of the wicked one. And take the helmet of salvation, and the sword of the Spirit, which is the word of God; praying always with all prayer and supplication in the Spirit, being watchful to this end with all perseverance and supplication for all the saints…” (Ephesians 6:10-18)

Here, contrary to the LDS priority of marriage and family, God puts the focus on Himself, truth and faith. I believe this is at the heart of the matter. This Mormon propensity to virtually deify family is “the Church effect.”