The Validity of the Mormon Church

Naturally I receive a lot of mail from well-meaning Latter-day Saints telling me how I will never be able to “disprove” the claims of Mormonism. Personally, I find such a comment a tad bit on the arrogant side since it exposes a sense of “omniscience” that no Mormon owns. A recent comment I received stated:

“You will never conclusively, objectively disprove the testimony of the Prophet Joseph Smith…it can’t be done, because in reality, the Father and the Son appeared to him in answer to his humble prayer.” 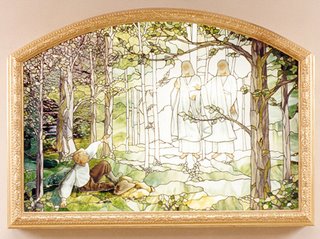 “Our whole strength rests on the validity of that vision. It either occurred or it did not occur. If it did not, then this work is a fraud…upon that unique and wonderful experience stands the validity of this church” (“The Marvelous Foundation of our Faith,” Ensign (Conference Edition), November 2002, p.80).

What is interesting about this claim is that Smith’s alleged “First Vision” is one of the very issues that disprove Smith’s testimony. Smith’s encounter in the “sacred grove” gradually evolved to the point where, in 1838, he declared that in the spring of 1820 that God the Father and Jesus Christ appeared to him and told him that all the churches were wrong and that all of their creeds were an abomination. However, Exodus 33:20 in the King James Version, used by every English-speaking Latter-day Saint of which I am aware, reads:

“And he [God] said, Thou canst not see my face: for there shall no man see me, and live.”

Under direct orders found in the Doctrine and Covenants 73:3-4, Joseph Smith reworded Exodus 33:20 to make this warning even stronger. Exodus 33:20 in Smith’s “Inspired Version” (also known as the Joseph Smith Translation or JST) was “corrected” to read:

Now a Mormon has one of three choices he can make in light of this:

1) He can insist that Joseph Smith saw God because he was not sinful (thus contradicting Romans 3:23; 1 John 1:8, and Smith’s own personal testimony in Joseph Smith 1:28).

2) He can insist that Joseph Smith saw God while arguing that the main point of Exodus 33:20 in the King James Version and every other version, including Smith’s “Inspired Version,” is inaccurate.

3) He can admit that the main point of Exodus 33:20 in the King James Version, and every other version, including Smith’s “Inspired Version,” is accurate and Smith was lying about his first vision experience thus confirming that his work was a fraud.

I pick number three. I wonder which one Mr. Hinckley would choose.

7 Responses to The Validity of the Mormon Church