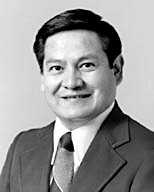 On Wednesday, July 28, former LDS Seventy George P. Lee, a Navajo, died at the age of 67 due to health problems. Lee was best known for being the first Native American LDS General Authority, being commissioned at the age of 32 in 1975. The up-and-coming star was the poster child for Spencer Kimball’s “campaign of education and economic development to ‘redeem’ North America’s Lamanites, who had so tragically languished under both U.S. and Canadian ‘Indian’ policies throughout the 20th century” (Salt Lake Tribune, 7/30/2010, p. B2).

President Kimball believed that the Native Americans would lead the forefront in building Zion and the LDS Church. In 1954, he told a General Conference audience,

“I beg of you, do not disparage the Lamanite-Nephites … Do not scoff and ignore these Nephite-Lamanites… Do not prate your power of speech or your fearlessness unless you too could stand with the Prophet Samuel on the city wall, dodging stones and spears and arrows while trying to preach the gospel of salvation. The very descendants of this great prophet are with us. They may be Navajos or Cherokees…. Mayas or Pimas…. Piutes or Mohicans…. And in these living descendants … will be redeemed, will rise and will become a blessed people. God has said it.” (Conference Report, April 1954, pp.106-108). 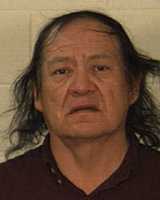 “I saw a striking contrast in the progress of the Indian people today…. The day of the Lamanites is nigh. For years they have been growing delightsome, and they are now becoming white and delightsome, as they were promised. In this picture of the twenty Lamanite missionaries, fifteen of the twenty were as light as Anglos, five were darker but equally delightsome. The children in the home placement program in Utah are often lighter than their brothers and sisters in the hogans on the reservation. At one meeting a father and mother and their sixteen-year-old daughter were present, the little member girl–sixteen–sitting between the dark father and mother, and it was evident she was several shades lighter than her parents–on the same reservation, in the same hogan, subject to the same sun and wind and weather….These young members of the Church are changing to whiteness and to delightsomeness.”

Of course, black males were able to receive the priesthood in 1978, which is the reason for the changing of 2 Nephi 30:6 and a distancing of these Kimball quotes by LDS apologists.

Unfortunately for Lee, Ezra Taft Benson did not have the same affinity for the North American Native Americans, so when he took the presidency over in 1985, he scuttled the Native American programs that Kimball had set in place.

In addition, Kimball began to put more focus in on South America Indians rather than those from North America. Four years later, in 1989, Lee was publically excommunicated, both for his criticism on Native American policies as well as his view that General Authorities should not be paid. “It was Elder Lee’s resistance to this change,” LDS sociologist Armand Mauss said, “and his continuing claim to special leadership responsibilities for himself and his people, that brought him into increasing conflict with his colleagues among the general authorities.” (Salt Lake Tribune, 7/30/2010, p. B2)

Of course, when he was convicted of fondling a 12-year-old girl in 1994 (he told the girl that polygamy would be reinstated and that their relationship was proper), this gave fodder to his critics who were able to say, “Told you so.” (As if Joseph Smith didn’t use a similar line with young girls as well!) But though Lee was not a saint, it is very clear that he was the fall guy in a very unique time in LDS history. Criticizing the church from within is a big no-no in Mormonism. Today, if you combine the fact that DNA does not support the Mormon position that Native Americans are ancestors of the Lamanites along with the neutering of 2 Nephi 30:6, it is obvious that Native Americans don’t hold the same position as they once did in the Mormon Church. It will be a longshot to see another Native American from North America to make it to as high of a position in the LDS Church as George P. Lee.