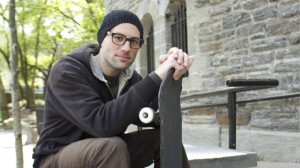 The LDS Church has launched a “considerably” expensive advertising blitz in nine markets across America.  The city I live in happens to be one of them. The advertising campaign is designed to persuade people that Mormons are nothing special or unique; they are just like everybody else. The television ads feature people from different walks of life saying things like, “My name is Josh. I’m a skateboarder. I’m a photographer, and I’m a Mormon.” Or, “I’m a surfer, a woman and a woman’s longboard champion. And I’m a Mormon.” 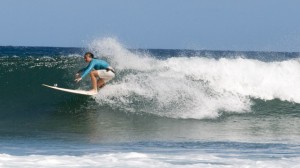 It’s common around here to hear people respond to the content of these ads with a shrug and a “So what?” Yet the blitz effectively brings non-Mormons into a sort of 21st century “contact” with normal Mormons multiple times a day. Where Mormonism may have seemed remote and a little mysterious before, the ads will allow it to now be perceived as commonplace.

The LDS website for non-Mormons, Mormon.org, is also putting great emphasis on Mormons as regular people. Four of the five rotating linked images on the home page highlight individual Mormons and their stories while the one remaining linked image refers to an aspect of LDS belief.

While it has long been the aim of the LDS Church to be recognized as a Christian church, there seems to be an increased effort to encourage people to accept Mormonism as “normal” or non-unique. A recent article that appeared in The Daily Times (Maryland; July 31, 2010) was titled, “Mormonism has similarities to other Christian churches.” While the two bishops interviewed for the article talked a bit about LDS history (i.e., the First Vision: “What’s unique about the church of the Latter-day Saints is its origin with Jesus Christ himself”), the bulk of the article is about what Mormons do (e.g., go to church, shun alcohol, pray, take communion, etc). Furthermore, in telling the First Vision story, Bishop Long explained that Joseph Smith was told by God not to join any of the existing churches. However, it was not because they were “all wrong; …all their creeds were an abomination…[and] those professors were all corrupt” (Joseph Smith History 1:19). If Mr. Long had shared that bit of LDS scripture he could not have kept up the pretense that “there are more similarities between our church and other Christian churches than differences” (as Bishop Whitaker told the journalist). Instead, Mr. Long explained that Smith was not to join any church because he was chosen to “help restore the gift of the apostles.”

Another recent article that fits nicely with the campaign to present Mormonism as people and not as a belief system appeared in Mormon Times on August 1st, 2010.  Jerry Johnston’s article, “Actions are great equalizer in religion,” suggests,

Mr. Johnston believes that, since faith resides in people’s hearts, not their heads, we should avoid focusing on what people “hold to be true” and instead look at how they live. While he affirms that what a person believes is important, he insists,

I do believe that faith will be borne out in one’s actions. This, after all, is what the Bible says (James 2:14-19). But we cannot know the nature of a person’s faith by looking at his actions. For example, a beautiful young woman believes (has faith) that if she treats a wealthy old man in a loving way he will remember her in his will. So she showers him with love — or what looks like love to those who are watching. Though her actions appear admirable, they are not; nor is her faith. Because we cannot know a person’s heart, we cannot know what they really believe by looking only at what they do.

The LDS Church is campaigning in the U.S. to be accepted as normal; that is, as mainstream America, mainstream Christian. There is nothing different about Mormonism — just look at how ordinary the Mormon people are. But Mormonism was founded on the very idea that it is different. It claims to be the only true church, after all. To suggest that one can know all they need to know about Mormonism by looking at the apparent normalcy of its members seems almost to employ a bit of slight of hand.

The Bible tells us that even Satan himself can appear as an angel of light (2 Corinthians 11:13-15); that people can and will do “many mighty works” in the name of Christ yet not be accepted by Him (Matthew 7:21-23). Of course Jesus cares about what we do, yet He taught, “This is the work of God, that you believe in him whom he has sent” (John 6:29).

Sharon surrendered her life to the Lord Jesus Christ in 1979. Deeply passionate about Truth, Sharon loves serving as a full-time volunteer research associate with Mormonism Research Ministry. Sharon and her husband live in Minnesota.
View all posts by Sharon Lindbloom →
This entry was posted in Mormon Culture and tagged Discernment, Feelings, Truth. Bookmark the permalink.