How Many Mormon Gods for Us?

Last week on her blog, 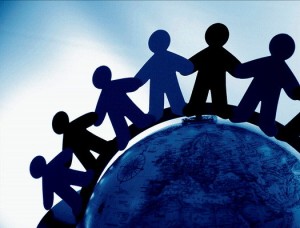 “It’s a little-known fact: according to Mormon tradition, God is not an old man but rather a male-female couple: a Heavenly Father and a Heavenly Mother.”

Ms. Brooks was referring to a long-standing but little-spoken-of Mormon doctrine that was recently highlighted in a BYU Studies journal. “A Mother There”: A Survey of Historical Teachings about Mother in Heaven by David Paulsen and Martin Pulido (BYU Studies 50, no. 1, 2011; pdf) is a fascinating overview of Mormon teachings on a Heavenly Mother.

Though the authors state, “nothing has been authoritatively revealed about Heavenly Mother” (73), the 28-page paper (that was first presented at BYU Studies 50th Anniversary Symposium) reveals plenty of what LDS authorities have said about her.

“…we have gathered an illuminating collection of thoughts about Mother in Heaven, her roles, her significance, and her character as given by prophets, Apostles, Church authorities, and other leaders since the restoration of the gospel. And although we do not have authoritative revelation on the specific roles and nature of Heavenly Mother, Church leaders have extrapolated much about her from our understanding of the plan of salvation, the nature of godhood, and the qualities of motherhood.” (76)

The authors have compiled and presented LDS teachings spanning 165 years that portray Mormonism’s Heavenly Mother as: a divine person; a procreator with Heavenly Father; Heavenly Father’s wife; a parent concerned with and involved in our pre-mortal, mortal, and post-mortal probations; a co-creator of worlds; and a coframer of the plan of salvation. Indeed, she is presented as a God.

“Several Church leaders have affirmed that Heavenly Mother is a fully divine person and have used reverential titles such as ‘Mother God,’ ‘God Mother,’ ‘God the Mother,’ ‘God their Eternal Mother,’ and ‘Eternal Mother’ in referring to her. Elder John A. Widtsoe (Quorum of the Twelve, March 17, 1921–November 29, 1952) wrote: ‘The glorious vision of life hereafter . . . is given radiant warmth by the thought that . . . [we have] a mother who possesses the attributes of Godhood.’ This is echoed by Elder James E. Talmage (Quorum of the Twelve, December 8, 1911–July 27, 1933): ‘We . . . [are] literally the sons and daughters of divine parents, the spiritual progeny of God our Eternal Father, and of our God Mother.’ Furthermore, President Brigham Young (President of the Church, December 27, 1947–August 29, 1877) taught that ‘we were created . . . in the image of our father and our mother, the image of our God,’ indicating that calling Heavenly Mother ‘God’ is consistent with the biblical account of the creation of both ‘male and female’ being in ‘the image of God’ (Gen. 1:26–27). Sister Susa Young Gates urged that ‘the divine Mother, side by side with the divine Father, [has] the equal sharing of equal rights, privileges and responsibilities.’” (78)

The authors note that “at least one” Mormon leader has objected to the idea of Heavenly Mother as a God. George Q. Cannon warned against Latter-day Saints worshipping Heavenly Mother, reminding Mormons that Joseph Smith never indicated that she is “part of the Godhead.” Yet what are we to conclude when Mormon prophets, apostles, and others, have taught that Heavenly Father could not be God without Heavenly Mother? Paulsen and Pulido point out,

“As there can be no spirit children without her, presumably there would be no Son without her and perhaps no Holy Ghost—no Heavenly Mother, perhaps no Trinity. It should be no surprise, then, that most Mormon leaders could not understand how Father or Mother could be divine alone. For either to be fully God, each must have a partner with whom to share the power of endless lives.” (79)

The authors quote a teaching of nineteenth-century LDS Apostle Erastus Snow that confirms this idea:

“There can be no God except he is composed of the man and woman united, and there is not in all the eternities that exist, or ever will be a God in any other way.”

“We may never hope to attain unto the eternal power and the Godhead upon any other principle . . . this Godhead composing two parts, male and female.” (79, ellipses in the original)

Sharon surrendered her life to the Lord Jesus Christ in 1979. Deeply passionate about Truth, Sharon loves serving as a full-time volunteer research associate with Mormonism Research Ministry. Sharon and her husband live in Minnesota.
View all posts by Sharon Lindbloom →
This entry was posted in God the Father, Nature of God and tagged Heavenly Mother, heavenly parents. Bookmark the permalink.

48 Responses to How Many Mormon Gods for Us?