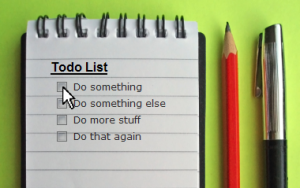 “Of all mortal men, we should keep our eyes most firmly fixed on the captain, the prophet, seer, and revelator, and president of The Church of Jesus Christ of Latter-day Saints. This is the man who stands closest to the fountain of living waters. There are some heavenly instructions that we can only receive through the prophet. A good way to measure your standing with the Lord is to see how you feel about, and act upon, the inspired words of his earthly representative, the prophet-president. The inspired words of the president are not to be trifled with.” (17)

About a month ago Thomas Monson, the current LDS prophet-president, spoke to members of his church at the Church’s April General Conference. At least one Mormon blogger took President Monson’s words to heart and compiled a list of  “30 things he directly instructs Latter-day Saints to do,” copied from the text of the prophet’s Conference addresses.

There’s nothing on the list that wouldn’t already be familiar to most Latter-day Saints, but it made me wonder how many Mormons are serious enough about following their prophet to have made their own lists.

After April’s General Conference Elaine Dalton, president of the Young Women organization of the Mormon Church, addressed the idea of “Following the Lord’s anointed.” She said Latter-day Saint women must be “riveted” on the words of the Church’s prophets, seers and revelators because “Prophets speak for God.” To illustrate an important principle Mrs. Dalton told the following story about two women walking and talking together:

“One was a member of the Church and the other was not. In an effort to share the gospel with her friend, the Church member said, ‘I am so excited because it is general conference time.’ To which the friend inquired, ‘What is that?’ The woman then said, ‘This is a time held every six months when members of the Church gather to hear the words of prophets, seers and revelators. These words are translated and broadcast all over the world.’ The neighbor became very animated and asked, ‘You mean, you believe in prophets who can see things that are not yet seen?’ To which she replied. ‘Yes, that is exactly right.’ The two walked along in silence as the woman’s friend absorbed this. At length her friend asked, ‘So tell me, what did they tell you to do last general conference?’ The Church member thought for a long while. And then admitted, ‘You know, I can’t remember.’ This prompted one additional observation from her friend. ‘Then what good does it do to belong to a Church who believes in living prophets if you don’t remember what they told you to do?’”

This is a good question, especially for people who are taught that the measure of their standing with God is how they “feel about, and act upon, the inspired words of his earthly representative, the prophet-president.”

The Bible says that our standing before God is not dependent upon what we do, but upon what He has done (Romans 5:1-11). This causes Christians to rejoice; not rejoicing for the words of a latter-day prophet quickly forgotten, but for the love and the sacrifice of our eternal Savior who died to give us life.

Mormonism makes “President Monson’s Marching Orders” imperative and something not to be trifled with. So for Mormons, and for others who are interested, I’ve broken down President Monson’s directives as they appeared on Huston’s blog. My list contains 38 items — President Monson’s April 2011 to-do list for faithful Latter-day Saints hoping to gain favor with God:

34 Responses to Thomas Monson’s To Do List (for you)