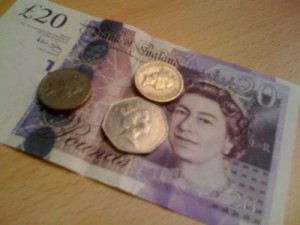 The Mormon Church and its members seem to take pride in the fact that the Church has no paid clergy. This pride also extends to include the strong sense of volunteerism within the Church. Virtually every active adult Mormon receives a “church calling” – a responsibility like teaching children’s Primary, working in a temple, or genealogy work – which most members fulfill without any financial compensation. This selfless Mormon service is admirable, though it should be remembered that the same kind of selfless service is also found in non-Mormon churches and other charitable organizations all over the world. In the Mormon culture, this fact is often forgotten. Many Mormons take such pride in the idea of an unpaid clergy that they get a bit carried away and insist that nobody in the LDS Church gets paid. On Mormon.org the question is asked, “Why don’t Mormons have a paid clergy?” Members answer (for example),

April: “Oh! I love this question. I love belonging to a church where everyone works for free. Everyone from the top clergy members down to the people who take out the trash do it for free.” Bradford: “We have ‘clergy’ in the sense that we have leaders on local and worldwide levels, but all leaders serve on a voluntary basis. This helps to ensure that our leaders’ motives are pure, and that they are serving out of love rather than greed.” Neils: “All positions of leadership in the church is done voluntarily.” Christian: “Every member of the Church volunteers their time and talents to make the Church go. Nobody gets paid because we’re all in it together!”

Mormon responder Brandon offered this explanation of why it’s important that Mormon leaders are not paid:

“As we read the scriptures, we see that Christ’s disciples gave up everything they had to follow Him. This is what’s called consecration, when you dedicate yourself to whatever calling the Lord gives to you. The Lord never paid His disciples. The only one who was given money was Judas Iscariot because he betrayed the Savior.”

Wow. Brandon must be unaware of the fact that LDS Apostles (unlike Christ’s apostles) do receive financial compensation from the Mormon Church. The Mormon apologetic group FAIR explains,

“Some members of the Church are unaware that at least some General Authorities do receive a modest living stipend. While it is true that some Church leaders receive a living allowance while they serve in a given position, it cannot be said that the Church has a professional ministry in the traditional sense.”

Gordon B. Hinckley (who became the 15th Mormon President) clarified in a 1982 pamphlet published by the LDS Church,

“What of the Mormon clergy? …There is no paid or professional ministry. A small number of general officers and the presidents of missions are given living allowances. Add to this the necessary specialists and clerks who give their full working time to the Church. These constitute all who may be classified as paid personnel.” (What of the Mormons, printed September 1982, 5)

Mormon apologist and author Eric Shuster, responding to bloggers who claim some Mormon leaders are paid well for their church service, wrotein part,

“There are about 450 international, full-time LDS Church leaders who are offered a ‘living allowance’ (more like a stipend) when they are called – of which many to [sic] do not accept the allowance as they are often financially secure. In many cases the allowance is hardly enough to live on and only a token payment for incidentals.”

The Mormon Church does not release its financial information in the United States because the law does not require it. But in some countries it does, so this sort of information for the Church operating in Great Britain, for example, is available to the public. According to the most recent reporting (for year end 2009), the LDS Church in Great Britain employed 456 people in the broad categories of “teaching function” (23), “office administration” (202), and “building cleaners” (231). Nineteen of these employees each earned over $97, 000 US (broken down further in the report as follows [using currency conversion data from August 10, 2011]: 12 employees earned between $97,000 and $113,000; 7 employees earned between $114,000 and $129,000). If I did my math right, the remaining 437 employees earned an average of approximately $30,000 each. I don’t know who the 19 highest paid Church employees are in this report, but Jon at Mormon Discussions claims they include Mission Presidents and Temple Presidents (also see a relevant discussion here). As an average Church member at Mormon.org, Andrew seems to have a better grasp of the Mormon unpaid clergy issue than others posting there, acknowledging some pay for some leaders. He wrote,

“The highest leaders in the LDS church do receive a ‘living allowance,’ Church-funded housing, subsidized/discounted meals at Church-owned cafeterias, and an automobile or car pool service, all of which has a monetary value. Many individuals who teach Mormon doctrine or history receive payment from the Church as professional teachers, such as religion professors at Church-owned schools and seminary instructors who teach in Utah. However, local church administrators, and seminary teachers outside of Utah, are not paid anything of monetary value for their countless hours of service to the Church.”

I do not begrudge the LDS Church the right to hire (or not hire) as many people as they want, or the right to pay (or not pay) their employees whatever they choose. But I find it curious that so many Mormons insist on the superiority of their church borne out in the erroneous belief that nobody—no Church leaders–are paid. Or, if a Mormon admits that there is some financial remuneration for certain callings, he insists it is only a small living allowance that “is hardly enough to live on and only a token payment for incidentals.” I know a lot of people (my pastor included) who would love to receive a token living allowance of $113,000.