Late last year (2012) a copy of the 2006 Mission President’s Handbook was posted on an individual’s blog site. This document, produced by the Mormon Church as a practical instruction manual for mission presidents, “contains basic policies and guidelines established by the First Presidency and the Quorum of the Twelve Apostles to help you lead your missionaries and direct the work” (6). The book is not intended for general readership; “general” readers have found that it contains some things that are surprising in light of the public face that the Church puts forth. 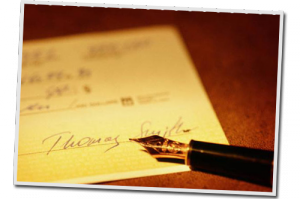 One such surprise is found in Appendix B, Family Finances. It begins,

“While you are serving as mission president, the Church reimburses the necessary living expenses for you, your wife, and your dependent children. Dependent children are defined as those who are under age 26, have not been married, and are not employed full-time. Living expenses include food, clothing, household supplies, family activities, dry cleaning, personal long-distance calls to family, and modest gifts (for example, Christmas, birthdays, or anniversary).” (80)

Additional reimbursable or paid expenses are also listed including (but not limited to) medical expenses; support for children serving full-time missions; dance lessons (and the like) for elementary and secondary school-aged children as well as their school tuition, fees and books; undergraduate college tuition; a gardener; a housekeeper; internet and other utilities; babysitters; transportation expenses including the use of a car and all fuel and maintenance expenses; and personal health and life insurance premiums.

“The amount of any funds reimbursed to you should be kept strictly confidential and should not be discussed with missionaries, other mission presidents, friends, or family members.” (80)

One can only speculate about the reasons for this confidentiality among friends and family. But the mission president is also instructed to keep mum about these financial benefits to the taxman.

“Because you are engaged in volunteer religious service, no employer-employee relationship exists between you and the Church. As a result, any funds reimbursed to you from the Church are not considered income for tax purposes; they are not reported to the government, and taxes are not withheld with regard to these funds…

“Do not share information on funds you receive from the Church with those who help you with financial or tax matters. Any exceptions should be discussed with the Church Tax Division.

“Never represent in any way that you are paid for your service.

“If you are required to file an income-tax report for other purposes, do not list any funds you receive from the Church, regardless of where you serve or where you hold citizenship.” (82)

Eric Johnson and Bill McKeever did some calculations on a hypothetical mission president serving in the state of Utah. This imaginary Mormon Church leader ended up with benefits equaling $99,500 per year. Furthermore, Eric Johnson writes,

“It must be mentioned that tithing on these items are not supposed to be paid. Unlike other church members, this family can receive temple recommends without paying tithing on “income.” Hence, for the value of this compensation, which we list here at almost $100,000, the tithe amount would be at least $10,000. So, this particular mission president—who, remember, is considered a “volunteer”—is getting compensation for at least $110,000! Not bad for someone who is not supposedly getting a wage!”

Listen to the series of broadcasts, Mission Presidents’ Compensation parts 1-5, on MRM’s Viewpoint on Mormonism found in the podcast archives (28 January – 1 February 2013).

84 Responses to Unpaid Mormon Leaders Get a Pretty Sweet Deal