Why are non-Mormons uncomfortable with Mormonism? 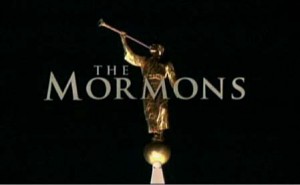 On October 10 (2011) LDS blogger Joanna Brooks posted an interview with Patrick Mason, author of The Mormon Menace: Violence and Anti-Mormonism in the Postbellum South (Oxford University Press, 2011). The topic of the interview: “Why Do Southerners Call Mormonism a Cult?”

Dr. Mason said that before the Civil War,

“…wherever Mormonism went, anti-Mormonism followed. Some of it was basic theological opposition to Mormon doctrine presented in tracts, books, pamphlets, and so forth. That’s reasonable in a free marketplace of ideas, and Mormons have certainly said that other churches were wrong. Theology is fair play.”

How refreshing for a valid theological difference between Mormonism and Christianity to be acknowledged. Yet, the purely theological concerns became overridden by social concerns:

“But something changed around the Civil War. In 1857, LDS Apostle Parley P. Pratt was killed as retribution for alleged polygamy. And that’s the spark that motivated the rise of violent anti-Mormonism: the perception that Mormons were coming to steal women and corrupt Southern womanhood…not just theological difference, but the fear that they’re coming for our women.”

Something I found interesting in Dr. Mason’s remarks was his characterization of Parley Pratt’s murder as “retribution for alleged polygamy.” I don’t think there is any doubt about Pratt’s polygamy – why does Dr. Mason call it “alleged”?

Furthermore, Pratt was murdered not only because he practiced polygamy according to the teachings of the LDS religion, but because he engaged in “spiritual wifery” with another man’s wife, and sought to steal this man’s children as well.

Pratt’s murderer was Hector McLean. McLean’s wife, Eleanor, had abandoned her family to become Pratt’s 12th plural wife. Soon thereafter, in 1857, McLean learned that Eleanor and Pratt were intending to abduct the McLean children and take them to Utah. After finding no help in this situation from the legal system, McLean and some of his misguided friends took matters into their own hands — tracking, attacking, and brutally killing Parley Pratt, the Mormon Apostle.

Was this the “spark” that gave rise to the “perception that Mormons were coming to steal women”? Could be; it makes sense. But any discussion regarding escalating concerns among non-Mormons toward Mormonism in 1857 should certainly include the Mountain Meadows Massacre. Reference to this particular “spark” was absent from Dr. Mason’s remarks.

I would like to suggest that the Mormon massacre of 120 non-Mormon men, women and children who were passing through Utah Territory significantly contributed to nineteenth-century “anti-Mormonism.” The reports of the Mormon doctrine of blood atonement, the fearful treatment Mormons visited upon non-Mormon government officials, and the Mormon civil war (Utah War) against the United States must also be considered serious factors framing the non-Mormon view of Mormonism and its impact on the American way of life.

Joanna Brooks asked, “Why Do Southerners Call Mormonism a Cult?” There are many factors to be considered. Parley Pratt’s marriage to another man’s wife is but one of them.

63 Responses to Why are non-Mormons uncomfortable with Mormonism?