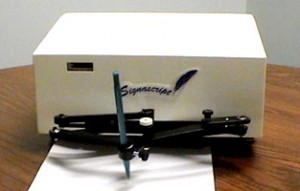 At tech.lds.org there is an article by David Parra called, “A Well-Oiled Machine”[1], concerning the complex process of programmatically creating a the famous “missionary letter”:

“Some may think that creating a one-page letter programmatically would be a matter of adding a few merge fields to a document, but the system does a lot more than that. Several technologies are used to generate correspondence that will be specific for each recipient. The system is capable of supporting any language; however, letters in only six languages have been printed to date. If you take into consideration each of the languages’ specific requirements that deal with gender and many other unique grammatical structures, the technical challenges to overcome are apparent. Additionally, the syntax and many other unique characteristics are taken into account to accurately generate a flawless translation of the missionary calls in six different languages.”

This article was posted on a forum elsewhere on tech.lds.org and some comments in the thread caught my attention. Although the article never specifically mentions the signature itself, “lionelwalters” comments:

“Very informative article, and an excellent use of technology. It does, however, throw a shadow on the heartfelt belief of many missionaries that the president of the Church himself signed their call letter…”

“There has been no evidence given to indicate that the Prophet doesn’t still do this.”

“That’s true, I was just a bit concerned that by revealing so much of the mechanics supporting what is such a sacred process, it might somehow detract from the individuality of the call letter for a missionary. Personally, I still prefer to believe that the Prophet does sign the letters, but whether he does or doesn’t, a mission call is an inspired assignment and ultimately the Lord will personally sign His seal on the heart of a faithful missionary.”

This reminds me of the issue of what it means for the LDS apostles to be “special witnesses” of Jesus Christ. Many Mormons are inclined to believe that this means the LDS apostles have, like Paul, received personal, bodily visitations of Jesus Christ. The LDS apostles are quite aware of this common Mormon perception, yet intentionally choose not to correct it. Like so many other things in Mormonism, it is left in the suggestive, convenient “we can neither confirm nor deny” territory of plausibly deniability.

Among ex-Mormons it is well known that  missionary letters are “signed by the signature machine of the president of the church.” Atheist ex-Mormon Steve Benson said (as summarized by Walt Jayroe):

“his grandfather [Ezra Taft Benson] would stumble through sermons and sometimes lose track of his words, leading to long silences and discomfort of audiences. A series of strokes led to impaired speech and invalid status. Personal letters to family began to arrive signed by signature machine, Benson said.”

Ever since then, the prophet’s auto-pen signature machine has spoken, and Mormons have listened to it as to the very voice of God. The debate is over… or is it?