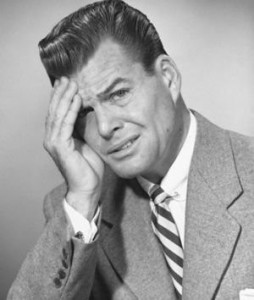 Suggestive theology and plausible deniability: Imagine a religion where people believed in special beings with four legs, a wagging tail, floppy ears, that barked, that was man’s best friend, that loved chasing cats, etc. And imagine if you asked them, “Oh, so you believe in dogs?” And imagine they replied, “HEAVENS NO! We never said that. We can neither confirm nor deny that we believe in dogs.” But they otherwise suggest that they do, and occasionally when you meet a very honest adherent who has yet to learn the art of speaking craftily, they simply tell you they believe in dogs. But the PR department is very careful to say that anyone who claims they believe in dogs is being intolerant and hateful. And there are some adherents who quite genuinely have no idea what you’re talking about when you say his or her group teaches of a belief in dogs.

Oscillating theology: Imagine a bunch of sport players who have as their rulebooks both a soccer manual and a handball manual. Sometimes they pick up the ball and throw it to each other, other times they kick it around and call foul when people pick up the ball. They seem to play both sports, spontaneously and alternately, but can’t settle on one sport. But the whole going-and-back-forth is particularly unsettling to those who wish to excel at the sport. If you ask representatives of the sport what they are playing, some of them make it sound more like handball, and others more like soccer. When you describe it as handball, they cry foul and say that it is soccer. But those on the field who prefer soccer are careful not to criticize those who teach and practice the tenets of handball. A few participants  feel quite content to simply pretend that the whole game is soccer, and turn a blind eye to those players who play it like handball. You look at the players on the field and they seem confused but quite content with the chaos as a useful form of exercise.

This entry was posted in Truth, Honesty, Prayer, and Inquiry and tagged Mormonism. Bookmark the permalink.

43 Responses to Metaphors for the Confusing Chaos Called Mormonism