Mormons are taught how to “keep the faith” 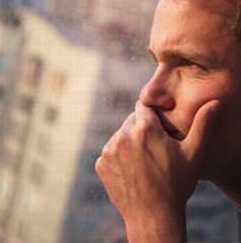 How do Mormons keep faith in Mormonism “in a world of confusion”? Mormon Bishop Gérald Caussé (First Counselor in the Presiding Bishopric) counseled Latter-days Saints on this topic in the August 2012 Ensign magazine (26-29). His advice included:

What I see in the above is this: Mormons can know the answers to their questions, but some (i.e., questions that stem from curiosity, intellect, or desire for knowledge) may remain unanswered for the time being. Questions stemming from any personal doubts will not be answered by rational explanations; rather, they will be answered by an uncorroborated “testimony of the Spirit.” After all of this, if Mormons are still troubled by doctrinal questions, they should see what the living prophets say because the living prophets cannot deceive (i.e., express doctrine that isn’t true).

Joseph Smith is no longer living, but when he was, Mormons in that day looked to him for doctrinal truth. His “sacred testimony” about the nature of the God that he called Mormons to worship was this:

God himself was once as we are now, and is an exalted Man, and sits enthroned in yonder heavens! …We have imagined and supposed that God was God from all eternity, I will refute that idea, and will take away and do away the vail, so that you may see…he was once a man like us… (King Follet Discourse, Journal of Discourses 6:3)

The living prophet in 1844 told Mormon Church members that God was once a man. By Mormon definition then, this was true doctrine. The God Mormons were led to worship was once a man. Fast-forward to the living prophet in 1997. In a public interview Gordon B. Hinckley was asked by a journalist, “…don’t Mormons believe that God was once a man?” The Mormon Prophet responded, “I wouldn’t say that.” Mr. Hinckley continued on to quote the Lorenzo Snow couplet (“As man is, God once was. As God is, man may become.”) but concluded, “That gets into some pretty deep theology that we don’t know very much about” (San Francisco Chronicle, Don Lattin, April 13, 1997).

The second Mormon Prophet, the living prophet in 1852, also taught the Mormons about the character or nature of the God they were called to worship. Brigham Young said,

Now hear it, O inhabitants of the earth, Jew and Gentile, Saint and sinner! When our father Adam came into the garden of Eden, he came into it with a celestial body, and brought Eve, one of his wives, with him. He helped to make and organize this world. He is MICHAEL, the Archangel, the ANCIENT OF DAYS! about whom holy men have written and spoken–HE is our FATHER and our GOD, and the only God with whom WE have to do. Every man upon the earth, professing Christians or non-professing, must hear it, and will know it sooner or later….When the Virgin Mary conceived the child Jesus, the Father had begotten him in his own likeness. He was not begotten by the Holy Ghost. And who is the Father? He is the first of the human family; and when he took a tabernacle, it was begotten by his Father in heaven, after the same manner as the tabernacles of Cain, Abel, and the rest of the sons and daughters of Adam and Eve; from the fruits of the earth, the first earthly tabernacles were originated by the Father, and so on in succession. I could tell you much more about this; but were I to tell you the whole truth, blasphemy would be nothing to it, in the estimation of the superstitious and over-righteous of mankind…

Again, they [“all Scripturalists”] will try to tell how the divinity of Jesus is joined to his humanity, and exhaust all their mental faculties, and wind up with this profound language, as describing the soul of man, “it is an immaterial substance!” What a learned idea! Jesus, our elder brother, was begotten in the flesh by the same character that was in the garden of Eden, and who is our Father in Heaven. Now, let all who may hear these doctrines, pause before they make light of them, or treat them with indifference, for they will prove their salvation or damnation. (Journal of Discourses 1:50-52)

The living prophet in 1852 told Mormons – no, all people – that Adam (of Adam and Eve fame) was our Father and our God, the only God with whom we needed to concern ourselves; our acceptance of this doctrinal truth was to prove our salvation or damnation.

By Mormon definition then (“the words of the living prophets…cannot deceive us”), this was true doctrine. The God Mormons were led to worship in 1852 was Adam, the same “character” who was in the Garden of Eden. Fast-forward to the living prophet in 1976. In a Priesthood session of the October General Conference Spencer W. Kimball said, “We warn you against the dissemination of doctrines which are not according to the scriptures and which are alleged to have been taught by some General Authorities of past generations, such, for instance is the Adam-God theory. We denounce that theory and hope that everyone will be cautioned against this and other kinds of false doctrine” (Ensign, “Our Own Liahona,” November, 1976 ). 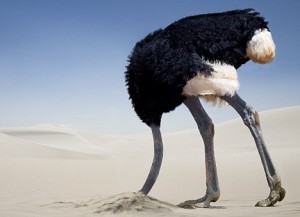 If Mormons were to read the above information and experience personal doubt, or become troubled by what they’ve learned, what could they do to manage their faith amidst this “world of confusion” — the teachings of Mormonism’s living prophets? Bishop Caussé’s answer is to be content without actually resolving the questions, for their doubts cannot be alleviated by rational explanations. They should seek a comforting feeling and keep their noses to the grindstone.

The Bible’s answer to questions and doubt is different. In Acts 17:11 the Berean believers were praised for their approach:

“These were more noble than those in Thessalonica, in that they received the word with all readiness of mind, and searched the scriptures daily, whether those things were so.”

Furthermore, Paul said that the Word of God is “able to make you wise for salvation through faith in Christ Jesus… that the man of God may be complete, equipped for every good work” (2 Timothy 3:15, 17).

Mormon friends, please don’t stick your heads in the sand. Take your doubts and questions to the Bible, search the scriptures daily, and find God’s truth. It will make you wise for salvation.

Sharon surrendered her life to the Lord Jesus Christ in 1979. Deeply passionate about Truth, Sharon loves serving as a full-time volunteer research associate with Mormonism Research Ministry. Sharon and her husband live in Minnesota.
View all posts by Sharon Lindbloom →
This entry was posted in Truth, Honesty, Prayer, and Inquiry and tagged Adam-God, Discernment, King Follett Discourse, Truth. Bookmark the permalink.

50 Responses to Mormons are taught how to “keep the faith”