Mormon apostle Quentin L. Cook spoke Saturday morning (6 October 2012) at General Conference using Alma 5:26 as his text. In this Book of Mormon passage Alma asks those people who have believed in Christ and pledged to follow Him whether they still believe. To those who “have felt to sing the song of redeeming love,” Alma asks, “can ye feel so now?” 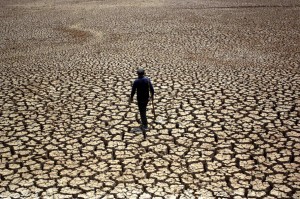 Mr. Cook posed this same question to his audience on Saturday and said that if any of them are in a “spiritual drought,” if they are angry, hurt or disillusioned, it is important to find out why they feel this way. He explained that people experiencing spiritual drought have not necessarily been involved in major sins, but have made “unwise choices” that put them in this spiritually dry place.

“Some are casual in their observance of sacred covenants,” he said. “Others spend most of their time giving first class devotion to lesser causes. Some allow intense cultural or political views to weaken their allegiance to the gospel of Jesus Christ.” With renewed emphasis, Mr. Cook continued,

“Some have immersed themselves in internet materials that magnify, exaggerate, and in some cases invent shortcomings of early Church leaders. Then they draw incorrect conclusions that can affect testimony.”

But there is a way to get out of this mess. Mr. Cook counseled, “Any who have made these choices can repent and be spiritually renewed.”

I understand the need to repent for failing to honor and keep covenants. As we’ve talked about fairly recently here on Mormon Coffee, vows made to God are not to be taken lightly. Also good advice is the suggestion that people should spend their time more wisely and not be distracted or swayed by the siren call of any given unholy cultural or political view.

Mr. Cook’s final example of an “unwise choice” was not as universally predictable. He suggested that research of the history and character of early Mormon Church leaders results in “spiritual drought” or, in other words, anger, hurt or disillusionment — a crisis of a Mormon’s faith. In order to be “spiritually renewed,” he said, anyone who has dug deeply into early Church history should repent.

This strikes me as odd given that the opening verses of Alma 5 relate the historical narrative of the “fathers” while Alma admonishes the people to “sufficiently retain [this history] in remembrance.” To be fair, a Mormon would find the history recounted in Alma 5 to be faith-promoting, not faith-challenging. Nevertheless, history should never be thought of as a threat to truth.

To compound the spiritual effect of faith-challenging history, Mormonism, as a religious system, calls for members to have faith primarily in the Church and its leaders (as the transmission vehicle of God’s power and will). Therefore, when Mormons learn of the “shortcomings” of early Church leaders, of course their testimonies are affected. They have stood in Fast and Testimony meetings countless times repeating, “I know Joseph Smith was a true prophet. I know this Church is true and is led by a living prophet today.” When they learn that Joseph Smith did not behave like a true prophet, that he fails the biblical tests of a true prophet, that the Mormon Church’s leaders did not (and do not) act as though a holy God is actually leading them, many Mormons find themselves in a crisis of faith. A professed Mormon apostle tells these disillusioned and hurting people that they can receive “spiritual renewal,” but first they must repent of seeking to know the truth.

Will this counsel allay the concerns of Mormons who are questioning the validity of the so-called inspiration of their leaders? Or will it add one more burdensome red flag to a growing collection?

My heart breaks for people who so desperately want to serve God in truth but do not know where to turn. Dear ones, to have an unshakable testimony you must invest your faith in Christ. He has no secrets, no skeletons in His closet. He is always good, always righteous, always true. He will not chastise you for questions, He will not tell you to repent for immersing yourself in seeking His truth. He is an open book, from Genesis to Revelation, and He continually calls to you, “Come unto Me!”