Posted on January 3, 2013 by Sharon Lindbloom 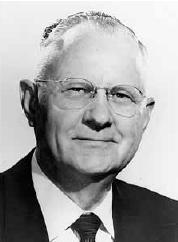 Early in 1964 Mormon Apostle Delbert L. Stapley wrote a letter to his friend, Michigan Governor George W. Romney. Mr. Stapley wrote the letter due to concerns he had after hearing a pro-Civil Rights talk given by Governor Romney. Mr. Stapley wrote that what he heard did not “altogether harmonize with my own understandings regarding this subject.” Upon making it clear that he was not writing in his official Church position (although the letter was written on Church letterhead), and he was not speaking in behalf of the Mormon Church (“Only President McKay can speak for the Church”), Apostle Stapley asked Governor Romney to read and reflect on Joseph Smith’s teachings on the matter (i.e., Teachings of the Prophet Joseph Smith, 269-270 “giving particular attention to the closing sentence on page 270,” and History of the Church 2:436-440 “[coming] back to the last paragraph on page 438”).

“When I reflect upon the Prophet’s statements and remember what happened to three of our nation’s presidents who were very active in the Negro cause, I am sobered by their demise. They went contrary to the teachings of the Prophet Joseph Smith – unwittingly, no doubt, but nevertheless, the prophecy of Joseph Smith [quoting from History of the Church 2:438], ‘…those who are determined to pursue a course, which shows an opposition, and a feverish restlessness against the decrees of the Lord, will learn, when perhaps it is too late for their own good, that God can do His own work, without the aid of those who are not dictated by His counsel,’ has and will continue to be fulfilled.”

“A friend of mine in Arizona—not a Church member—a great champion of the colored race—came to me after my call into the Twelve, and acknowledged President McKay to be a Prophet of God. He wanted me to ask President McKay to inquire of the Lord to see if the Lord would not lift the curse from the colored race and give them the privileges of the Priesthood. I explained to him that the Lord had placed the curse upon the Negro, which denied him the Priesthood; therefore, it was the Lord’s responsibility—not man’s—to change His decision. This friend of mine met a very tragic end by drowning. He was a most enthusiastic advocate of the colored cause and went about promoting for them all the privileges, social opportunities, and participation enjoyed by the Whites.”

As Mr. Stapley’s letter continued, he expressed his own “understandings regarding the Negro” as influenced by the statements of Joseph Smith. He wrote,

“I do not have any objection to recognizing the Negro in his place and giving him every opportunity for education, for employment, for whatever contribution he can make to the society of men… Yet all these things, in my judgment, should accord with the expressions of the Prophet Joseph Smith.”

Since the Civil Rights Act then before Congress did not accord with Joseph Smith’s views, Mr. Stapley judged it to be “vicious legislation” and apparently feared for Governor Romney’s life if he were to persist in supporting it.

Despite the pointed but kindly-motivated warning from Apostle Stapley, Governor Romney continued to work for and champion Civil Rights. A little more than 30 years later George Romney died of a heart attack. He was 88 years old.

Download a PDF file of Apostle Stapley’s letter, courtesy of the Boston Globe.