Posted on February 18, 2013 by Sharon Lindbloom 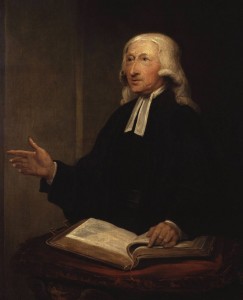 Christopher Jones writes at the Peculiar People blog about the prevalence of early Mormon converts who came from a Methodist background. It is suggested that this was because they (and others) believed about Mormonism, “It’s like Methodism, only more.” Indeed, Mr. Jones quotes Joseph Smith telling a Methodist minister, “We Latter-day Saints are Methodists, as far as they have gone, only we have advanced further.”

It’s hard to know what Joseph Smith meant when he referred to this so-called advancement. Mormonism is “more” than Methodism in that it has more Gods, more heavens, more books considered scripture, more types of salvation, (etc.) than the Methodist Church accepts, but the Articles of Religion of the Methodist Church bear little resemblance to the doctrines of Mormonism. Perhaps the differences weren’t so vast in the early days of Joseph Smith’s doctrinal development. Be that as it may, Mr. Jones writes,

“Among the first generation of converts to Mormonism, roughly one-third of them came from Methodist backgrounds, including Emma Smith, Brigham Young, and John Taylor. Even Joseph Smith remembered being ‘somewhat partial to the Methodist sect’ and feeling ‘some desire to be united with them’ before his own visionary experience.”

Joseph Smith did write that when he was in his fifteenth year, in the midst of all the religious fervor in upstate New York, he was drawn to Methodism (JS—History 1:8). But instead of joining the Methodist Church, he thought, “Who of all these parties are right; or, are they all wrong together? If any of them be right, which is it, and how shall I know it?” (JS—History 1:10)

This questioning led him, in due time, to ask God. But by this time he had evidently forgotten his earlier suspicion that all might be wrong, so when the Father and the Son appeared before him, Joseph related,

“I asked the Personages who stood above me in the light, which of all the sects was right (for at this time it had never entered into my heart that all were wrong)—and which I should join. I was answered that I must join none of them, for they were all wrong; and the Personage who addressed me said that all their creeds were an abomination in his sight; that those professors were all corrupt; that: ‘they draw near to me with their lips, but their hearts are far from me, they teach for doctrines the commandments of men…’” (JS—History 1:18-19)

Surprisingly, Joseph’s “visionary experience” did not seem to change the way he felt about Methodism. God Himself (he claims) told him that the Methodist Church was wrong, its creeds an abomination, its professors corrupt, and its doctrines devoid of divine authority. Nevertheless, Joseph’s “desire to be united with them” apparently remained. A few years later, while busily engaged in translating the gold plates and receiving direct revelations from God, “Joseph joined the Methodist Episcopal church or class in Harmony, Pennsylvania, in the summer of 1828” (Inventing Mormonism, Marquardt and Walters, 61, fn 49).

How long Joseph Smith remained united with the Methodist Church is unknown, but for his wife, Emma, the “more” of 1846 Mormonism was not what she really wanted. When Brigham Young led the Latter-day Saints into the western wilderness, Emma stayed behind and re-associated herself with the Methodist Church in Nauvoo (500 Little-Known Facts About Nauvoo, George and Sylvia Givens, 236).

When Joseph Smith III became the prophet of the Reorganized Church of Jesus Christ of Latter Day Saints in 1860 (now the Community of Christ), Emma left Methodism again, this time for a different kind of Mormonism – one that left (among other things) the doctrines of more wives and more Gods behind.

87 Responses to Methodists and Mormons