Posted on April 8, 2013 by Aaron Shafovaloff 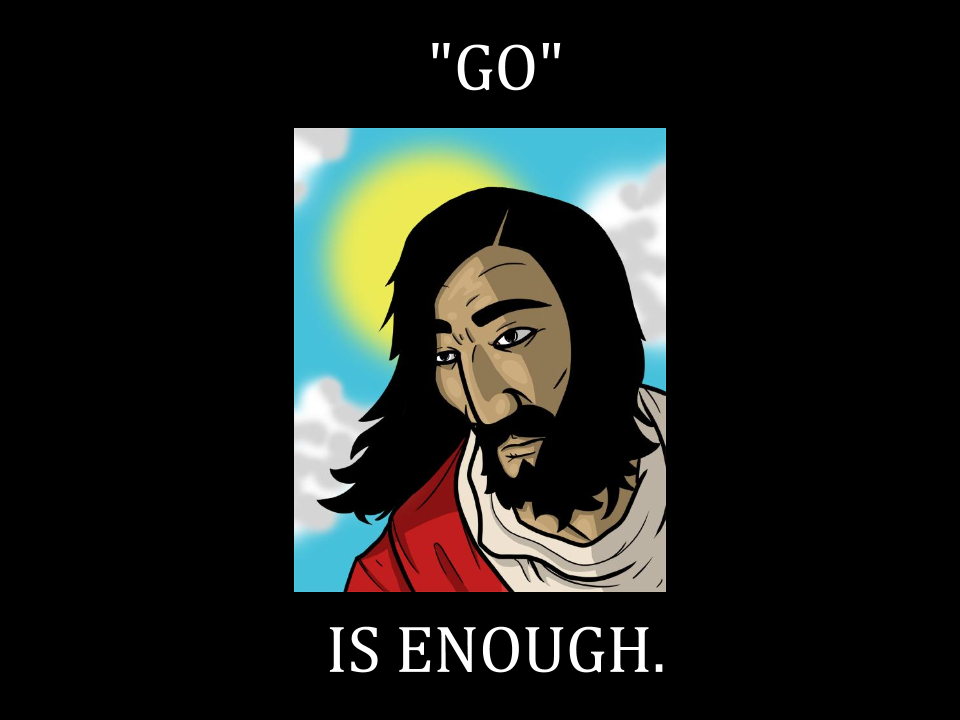 Jesus created the universe by the word of his power. “Let there be…” (Genesis 1:3). Effortless, raw power.

Jesus raised Lazarus from the dead with mere words. “Lazarus, come out!” (John 11:43). Boom. Raised from the dead. And smelling like he had been dead, too.

Jesus reversed weather by his mere words. “Peace! Be still! And the wind ceased, and there was a great calm.” (Mark 4:39) That is when they soiled themselves: “And they were filled with great fear and said to one another, ‘Who then is this, that even the wind and the sea obey him?'” (Mark 4:41) You’d be scared too.

Jesus forgave sins by his mere words. “Your sins are forgiven.” Luke 5:20. The Pharisees rightly attribute this kind of raw authority to God alone: “Who is this who speaks blasphemies? Who can forgive sins but God alone?” (21)

Jesus many times healed by mere words. “Pick up your bed and go home.” (Luke 5:24) Matthew 8:5-13 (cf. Luke 7:1-10) even makes a distinct point about this: those who truly understand the nature of authority know that God can remotely heal with his mere words. “Only say the word, and my servant will be healed. For I too am a man under authority, with soldiers under me. And I say to one, ‘Go,’ and he goes…” (Matthew 8:8-9) So Jesus tells him, “Go; let it be done for you as you have believed.” (13)

Jesus renamed the apostle Peter with mere words. He simply said, “You are Simon the son of John. You shall be called Cephas.” (John 1:42) In America, getting a new name requires paperwork and a legal process. Not with Jesus. If Jesus wants your name to be “Bubba” or “Joe” or “Sam”, he will tell you so, and it will be so.

Jesus exorcised demons by mere words. Feel the hair raise on the back of your neck: Jesus simply tells the demons, “Go” (Matthew 8:32), and they… go. They are terrified of him. One word is enough.

So how did Jesus authorize missionary work? With a necessary ritual of touch? No, with mere words:

“All authority in heaven and on earth has been given to me. Go therefore and make disciples of all nations, baptizing them in the name of the Father and of the Son and of the Holy Spirit, teaching them to observe all that I have commanded you. And behold, I am with you always, to the end of the age.” (Matthew 28:18-20)

To those who know the authority of Jesus — whether demons or disciples — one word is enough: “Go.”

20 Responses to “Go” is enough