When a Mormon is Deceived…

Posted on September 12, 2013 by Sharon Lindbloom 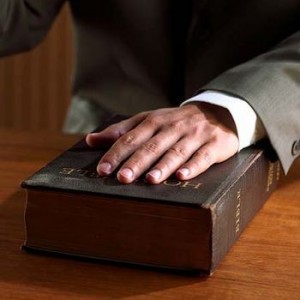 Honesty is the best policy. Aesop knew it. In the 6th century B.C. he chose that to be the moral of his fable, “Mercury and the Woodcutter.”

George Washington knew it. He said in his Farewell Address, “I hold the maxim no less applicable to public than to private affairs, that honesty is always the best policy.”

The writer of Proverbs 12 knew it, teaching, “Lying lips are an abomination to the Lord, but those who act faithfully are His delight” (verse 22).

Even Mormon blogger Jana Riess knows it, as she made clear in her recent post titled “Mormons Who Doubt.”

In her blog post, Dr. Riess discusses the way the Mormon Church has historically handled doubting and questioning members. Speaking of an essay she particularly likes, she writes,

“One of my favorite pieces in that collection is about how Mormonism deals, often badly, with doubt. Mormons, [Boyd] Peterson writes, have been taught that doubt is an enemy to be avoided rather than a journey to be embraced.”

In the essay highlighted by Dr. Riess, Boyd Peterson suggests that the Mormon Church needs to “decriminalize doubt.” He writes,

“Doubt is not a moral weakness; it does not inexorably lead to agnosticism or atheism. It does not inevitably destroy faith.”

Nevertheless, as Dr. Riess points out, some Mormon leaders have taught the exact opposite. At the April 2009 General Conference, LDS Seventy Kevin Pearson taught about the “Six Destructive Ds.”

“First is doubt. Doubt is not a principle of the gospel. It does not come from the Light of Christ or the influence of the Holy Ghost. Doubt is a negative emotion related to fear. It comes from a lack of confidence in one’s self or abilities. It is inconsistent with our divine identity as children of God.

And so on, through “lack of diligence” and “disobedience” until arriving at “disbelief…the state of having chosen to harden one’s heart.” Mr. Peterson said, 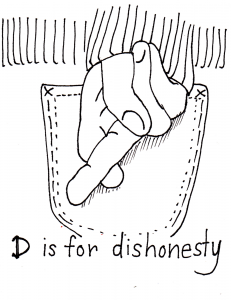 “These Six Destructive Ds—doubt, discouragement, distraction, lack of diligence, disobedience, and disbelief—all erode and destroy our faith. We can choose to avoid and overcome them…

“In a household of faith, there is no need to fear or doubt. Choose to live by faith and not fear.”

“I will give you a key which Brother Joseph Smith used to give in Nauvoo. He said that the very step of apostasy commenced with losing confidence in the leaders of this church and kingdom, and that whenever you discerned that spirit you might know that it would lead the possessor of it on the road to apostasy.” (Deseret News, Apr. 2, 1856, p. 26, quoted in “Chapter 27: Beware the Bitter Fruits of Apostasy,” Teachings of Presidents of the Church: Joseph Smith, 2007, 315–26)

“Apostasy usually begins with question and doubt and criticism. It is a retrograding and devolutionary process. The seeds of doubt are planted by unscrupulous or misguided people, and seldom directed against the doctrine at first, but more often against the leaders.” (The Teachings of Spencer W. Kimball, 462)

For the sake of argument, Dr. Riess supposes that this sort of progression is true (i.e.,  doubt leads to disbelief and to people leaving the Mormon Church). She writes,

“If leaving is people’s most honest response to doubt then I say it is the Church’s fault and not the defectors’ own. Let me say that again. It is the Church’s fault, because of the zero-sum game it has too often made of religious truth. We set up a house of cards in which we tell our young people that either ALL of it is true or NONE of it is true, and then we are astonished when they depart because they have found an ounce of adulteration in the total purity they have been indoctrinated to expect.

“To avoid this result we hide historical and theological realities, a strategy which backfires more often than not.” 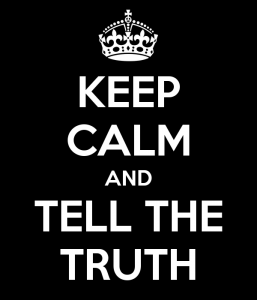 “…we should not be afraid of the truth. Often we Mormons seem scared that if the truth somehow got out there—the truth about our history, our evolving theology, our fallible leaders—people would leave the Church in droves. But what tends to happen is just the opposite. We hide the truth, and then, when they discover it on their own, people feel like they have been lied to, betrayed.”

People don’t merely feel like they’ve been lied to and betrayed; they have been. Perhaps the official Mormon institution does not know that honesty is the best policy–even though the LDS manual Gospel Principles is clear on the topic:

“When we speak untruths, we are guilty of lying. We can also intentionally deceive others by a gesture or a look, by silence, or by telling only part of the truth. Whenever we lead people in any way to believe something that is not true, we are not being honest.” (Gospel Principles, 2009, 181)

Therefore, Dr. Riess believes the answer to the problem of betrayal leading to apostasy is honesty. She advocates Mormons begin addressing these controversial issues in a “supportive environment.” And while she thinks the Mormon Church is taking small steps in that direction, to me it appears that such a movement toward honesty, transparency and supportiveness has not yet begun in earnest.

For example, Dr. Riess writes that she is saddened by the on-going stories she hears of how doubters and questioners are treated by Church leaders,

“…church leaders who shut down their questions, or who take away their callings or temple recommends just for asking questions, or who don’t allow doubting fathers to baptize their children. Just today on Facebook I learned that a Mormon man and his wife were turned away from the temple because their stake president, unbeknownst to them, had canceled their recommends.”

Another incident currently in the news is the story of Mormon author Denver C. Snuffer, Jr., who has been excommunicated for his portrayal of Mormon history. The Salt Lake Tribune reports,

“In his book, ‘Passing the Heavenly Gift,’ Snuffer used the faith’s signature scripture, the Book of Mormon, and founder Joseph Smith’s ‘divine revelations’ to analyze LDS history from Smith’s death in 1844 to the present. He concludes that every Mormon prophet, starting with Brigham Young, caved to social, political and legal pressures to accommodate mainstream American society — starting with giving up polygamy, then becoming more corporate and eventually yielding to ‘social progressives’ by softening language on same-sex attraction.

“‘Today, marketing the institution has become more important to Mormon success,’ Snuffer writes on the book’s back cover, ‘than preserving the original religious content.’”

Another example is provided by Christian (former Mormon) author Lynn Wilder, whose excellent book, Unveiling Grace, has just hit the market. She writes in an email,

“Someone we have been working with was threatened by her bishop and stake president for posting that the book ‘Unveiling Grace’ was out. They visited her within 2 days and gave her 2 days to decide to resign or she would be excommunicated. She and hubby sent letters by registered mail and both the bishop and stake president refused the letters and had them returned to sender…” 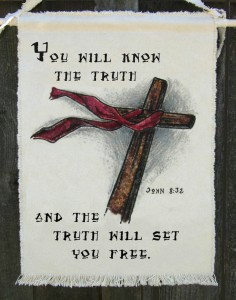 Dr. Riess notes, “Such behavior is driven by fear.” But truth has nothing to fear; Jesus said that the truth sets us free (John 8:32).

That is my hope and prayer for all Mormons. Honesty is the best policy. It does not ultimately lead to the destruction predicted by Mormon authorities – rather, it leads to the incomparable freedom Jesus promises all who come to Him.

99 Responses to When a Mormon is Deceived…