“Could an atheist be a statesman? A Mormon?” ** 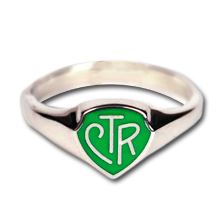 In order to be baptized a member in the Mormon Church, a person must participate in a pre-baptism interview and satisfactorily answer six questions, two of which have to do with what the candidate believes:

“2. Do you believe that the Church and gospel of Jesus Christ have been restored through the Prophet Joseph Smith? Do you believe that [current Church President] is a prophet of God? What does this mean to you?” (Handbook 1 [LDS Church Handbook of Instructions], 2010, p. 144)

The remaining four questions in the interview are conduct-related. They deal with questions of repentance, past behavior, one’s intention to live “gospel standards,” and one’s willingness to covenant with God to take the name of Christ and keep His commandments throughout life.

It is unlikely that an Atheist would be able to pass the Mormon baptism interview – or even want to. But what about someone who joined the Mormon Church with faith, only to later loose that faith?

According to the dictionary, “apostasy” is, as you probably know, “the abandonment or renunciation of a religious belief.” In Mormonism, apostasy is grounds for disciplinary action. In fact, a Disciplinary Council is “mandatory” when the transgression involves apostasy. So it would seem that an Atheist could not be a Mormon. But as is often the case, the definition the Church applies to this word turns out to be different than what we might think.

The LDS Church Handbook defines “apostasy” in this way:

“As used here, apostasy refers to members who:

“1. Repeatedly act in clear, open, and deliberate public opposition to the Church or its leaders.

3. Continue to follow the teachings of apostate sects (such as those that advocate plural marriage) after being corrected by their bishop or a higher authority.

4. Formally join another church and advocate its teachings.” (ibid., p. 57)

So the key is not what one believes, but what one does and/or teaches. We talked about this here at Mormon Coffee a few years ago when Lyndon Lamborn lost his faith in Mormonism and talked about it. At his Disciplinary Council meeting in 2007 he was told,

“It is one thing for you to believe, you are certainly welcome to believe what you would like, but when you start to take those things to other members of the church and persuade them not to follow the commands of the prophets, requires church discipline.”

Mr. Lamborn was excommunicated. Though he was not involved with any other church, he “advocated” things that could have ended up damaging the faith of other Mormons. Therefore, his excommunication was in keeping with the Mormon Church’s policy:

“Priesthood leaders must take disciplinary action against apostates to protect Church members…Total inactivity in the Church or attending another church does not constitute apostasy. However, if a member formally joins another church and advocates its teachings, excommunication or name removal may be necessary if formal membership in the other church is not ended after counseling and encouragement.” (p. 57)

So, back to the headline and the question it unwittingly asked: Could an Atheist be a Mormon? Yes, certainly, under certain conditions (i.e., silence).

Though the LDS Church likes to present a unified front to the world when it comes to faith, the spiritual devotion of Mormon membership ranges across a wide spectrum. Mormons may be true blue, signed, sealed and delivered; or confused followers of the true Christ who have temporarily lost their way; or people who don’t know – or care – if there even is a God. Some are people who are doubting and scared, some are burned out after years of trying to be worthy, some feel so betrayed by the LDS Church that they have given up on God altogether.

Can a Mormon be an Atheist? Yes, and sadly, some undoubtedly are. But Christians have Good News to share with every LDS Church member. Whether true blue or totally done with God, Christ the Lord still calls:

Sharon surrendered her life to the Lord Jesus Christ in 1979. Deeply passionate about Truth, Sharon loves serving as a full-time volunteer research associate with Mormonism Research Ministry. Sharon and her husband live in Minnesota.
View all posts by Sharon Lindbloom →
This entry was posted in LDS Church, Mormon Culture and tagged Apostasy, Atheist, Church Handbook, Lyndon Lamborn. Bookmark the permalink.