Posted on November 28, 2013 by Sharon Lindbloom 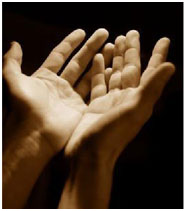 We came into this world empty-handed. But few of us are empty-handed today. Everything we have—all things material and immaterial—must inspire us to offer profound thanksgiving to our gracious and benevolent God. We deserve none of the gifts He has given. We deserve nothing. But God’s grace is surprising and amazing. Read on, and give Him thanks.

Deserving Nothing
by Sinclair Ferguson

Religious people are always profoundly disturbed when they discover that they are not, and never have been, true Christians. Does all of their religion count for nothing? Those hours in church, hours spent doing good things, hours involved in religious activity—do they not count for something in the presence of God? Do they not enable me to say: “Look at what I have done. Don’t I deserve heaven?”

Sadly, thinking that I deserve heaven is a sure sign I have no understanding of the gospel.

Jesus unmasked the terrible truth about His contemporaries. They resisted His teaching and refused to receive His Word because they were sinners—and slaves to sin.

Some years ago, the British media reported that a Presbyterian denomination had pulled fifty thousand printed copies of an edition of its monthly magazine. The report indicated that the author of an article had referred to a prominent member of the British royal family as a “miserable sinner.” 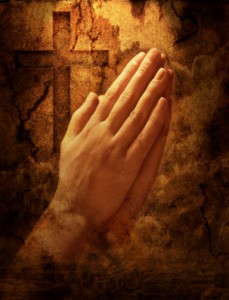 Intriguingly, the member of the royal family, as a member of the Church of England, must have regularly used the words of the Anglican prayer book’s “Prayer of General Confession,” which includes a request for the forgiveness of the sins of “miserable offenders.” Why, then, were the magazines pulled? The official comment: “We don’t want to give the impression that the doctrines of the Christian faith cause people emotional trauma.”

But sometimes the doctrines of the Christian faith do exactly that—and necessarily so.

Or should we say instead: “How cruel Jesus was to these poor Jews! Fancy Jesus speaking to them in this way!”?

Jesus did say, “You are miserable sinners.” He unmasked sinners and drove His point home: “You have no room for my word” (John 8:37, NIV). They had heard, but resisted it. Later, He described the result: “Why is my language not clear to you? Because you are unable to hear what I say” (John 8:43, NIV).

Jesus had already patiently explained this to Nicodemus: “Unless God’s Spirit opens your eyes, you cannot see the kingdom of God. Unless God sets you free from the bondage of sin, you will never enter the kingdom of God” (see John 3:3, 5). “The truth is,” Jesus said later, “you do not hear what I am saying because you are not really the children of God” (see John 8:41, 44). They were, to use Paul’s language, spiritually “dead” (Eph. 2:1).

Some time ago, while relaxing on vacation on a wonderful summer day in the Scottish Highlands, I sat outside enjoying a morning coffee. A few feet away I saw a beautiful little red robin. I admired its feathers, its lovely red breast, its sharp and clean beak, its simple beauty. I found myself instinctively talking to it. But there was no response, no movement. Everything was intact, but little robin red-breast was dead. The most skilled veterinarian in the world could do absolutely nothing for him.

So are we, spiritually. Despite appearances, in my natural state I am dead toward God. There is no spiritual life in me.

Only when I see this will I begin to see why God’s grace is surprising and amazing. For it is to spiritually dead people that the grace of God comes to give life and release.

(Posted on the Ligonier Ministries blog, excerpted from By Grace Alone.)