If the Foundation is Rotten, All that Joseph Smith Built Tumbles

[In honor of Black History Month 2014, each Monday in February Mormon Coffee’s blog post will address a topic related to racism in Mormon history. Today guest blogger Lynn Wilder presents Part 3, the final installment of the series she began on February 3rd.] 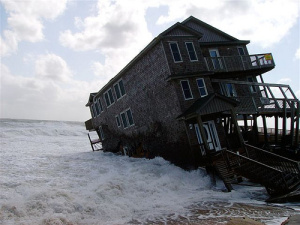 The Bible invites people to “reason together,” (Isaiah 1:18) to “test the spirits” (1 John 4:1) against the Word of God (Acts 17:11). What is rotten at the foundation, at the root, and does not “bear good fruit” will be hewn down. Still LDS, I read the following and knew there was a problem with the foundation of Mormonism.

“Even now the axe is laid to the root of the trees. Every tree therefore that does not bear good fruit is cut down and thrown into the fire” (Luke 3:9; Matt 3:10).

For biblical Christians, the Bible is the standard for measuring truth. For Mormons, truth comes from four standard works of scripture and the words of prophets. The LDS prophets will never lead one astray, never mislead the saints, I was taught when I was LDS.

“I say to Israel, the Lord will never permit me or any other man who stands as President of this Church to lead you astray” (Teachings of Presidents of the Church: Wilford Woodruff, p. 199).

There are many such quotes.

But, what if a Mormon prophet did lead the church astray? Well, one could say he was speaking as a man and simply made a mistake, like Dieter Uchtdorf proposed in his conference talk October 2013.

Okay, Mormon prophets are human and they make mistakes. It’s difficult for other Mormon prophets, seers, and revelators to tell when the prophets speak for God and when they err. Sometimes mistakes are made by 11 church presidents in a row: Brigham Young to Spencer W. Kimball as the recent statement on Race and the Priesthood on lds.org concedes. I get it. What about the mistakes of the founding prophet Joseph Smith?

What if a “mistake”—a false teaching—appeared over and over again from the establishment of the church in 1830 to 1978, for 148 years, in not just one but in several “official” places? What if it appeared in both the words of prophets and the words of other general authorities, say, when they spoke in conference? What if that “mistake” was still taught in two of the four standard works of Mormon scripture and is still there today? Now, what if that false teaching (e.g., racism) came from the founding prophet? Now that would be a problem, according to the Bible.

The LDS Church stands or falls on the foundation of Joseph Smith—his First Vision of the Father and Son with “glorified” bodies of flesh and bone, modern day revelation, the practice of polygamy, and “translated” scriptures with racial bias. This foundation rests in the arm of flesh (2 Chron. 32:8). One cannot be baptized into the LDS Church, receive the Mormon Holy Ghost, or work their way to eternal life with the Father and the Son without professing that Joseph Smith was a prophet of God who restored Christ’s original church in these latter days. Jesus alone is not enough. Mormons must confess belief in Joseph Smith. Without this acknowledgement, they cannot be exalted to the highest heaven. Joseph is the foundational key to Mormonism.

Simply, the Bible is clear.  Jesus is enough. He alone is the foundational cornerstone (Psalms 118:22; Matt 21:42). He alone is the mediator between man and God (1 Timothy 2:5). A prophet is no longer needed. God spoke through the prophets until John the Baptist (Luke 16:16). Then Jesus came and He as God spoke for Himself (Hebrews 1:1).

The Bible establishes if a foundation is rotten, the entire structure/organization/person/religion must go. Remember the house built on the sand?

And the house on the sand washed away…

182 Responses to If the Foundation is Rotten, All that Joseph Smith Built Tumbles