Posted on February 6, 2014 by Sharon Lindbloom

“The leader of the Church of Jesus Christ of Latter-day Saints has been ordered to appear before a magistrate in England on fraud charges filed by a disaffected ex-Mormon who disputes fundamental teachings of the religion, according to documentation obtained by The Arizona Republic.” 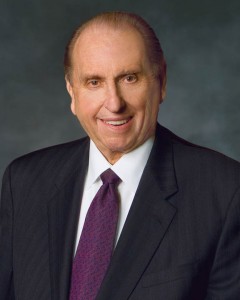 Thomas Monson has been summoned to appear in a British court on 14 March 2014 to “answer accusations that key tenets of the LDS faith are untrue and have been used to secure financial contributions.” This is a criminal complaint filed by ex-Mormon atheist Tom Phillips. The Arizona Republic reports,

“Phillips’ complaint is based on the Fraud Act of 2006, a British law that prohibits false representations made to secure a profit, or to cause someone to lose money. “Conviction may carry a prison sentence of up to 10 years.

“The summonses were signed on Friday by Judge Elizabeth Roscoe. A court official in London confirmed to The Republic on Tuesday the issuance of the paperwork, which directs Monson to answer allegations that untrue religious precepts were used to obtain tithes comprising 10 percent of church members’ incomes.”

According to the summons, these “representations” that were made to the victims (i.e., things that the Church knew were “untrue or misleading”) include:

President Monson must make this court appearance. The summons warns, “Failure to attend may result in a warrant being issued for your arrest.”

“These are not statements of mere ‘beliefs’ or opinions or theories. They are made as actual facts and their truthfulness can be objectively tested with evidence.”

Most people think that this case will not get very far. Indeed, it may not go any further than this summons before it is dismissed. The Mormon Church seems to see it as nothing more than a nuisance:

“’The Church occasionally receives documents like this that seek to draw attention to an individual’s personal grievances or to embarrass Church leaders,’ said Eric Hawkins, a spokesman at Church headquarters in Salt Lake City, who said he had not seen the legal document. ‘These bizarre allegations fit into that category.’”

“As an attorney, I would be very surprised if Phillips’ legal team hasn’t already thought several more steps down the road. If I were in their shoes, I wouldn’t care what any church official said about whether they truly believed the church’s claims, or whether they claim the freedom of religious belief. That doesn’t matter. That wouldn’t be the goal. Document discovery would be the goal. This case involves claims of historical fact that are falsifiable. So the question would be, did the Brethren have access to internal information showing those claims to be false, or likely to be false? In a civil suit against a corporation, executives can claim ignorance, but that opens the door to internal records and communication to see whether the executives are being truthful, or whether they should have known of wrongdoing given the internal information that they had access to. This kind of discovery is done all the time.

“So what could they conceivably go for? Oh, just all of the First Presidency’s correspondence, meeting minutes, diary entries, archives, records, writings, studies, etc. Pretty much anything in the First Presidency’s vault. The argument to get access and make the church produce it is easy: there might be information showing either that a) Monson and the Brethren and their predecessors knew that the claims weren’t true, or b) should have known that their claims weren’t true, or c) withheld factual information that could have materially altered the decision-making of converts and members if that information had been disclosed. It’s obviously relevant to the question of what information they had through the years to either support or weaken their claims to the church’s veracity. At this moment, I can’t imagine a strong argument to protect it from discovery. I don’t see a relevant privilege at issue. The church could claim that it is sensitive material, but they would then have to explain why. The ‘why’ would have to be an argument that the disclosure of such evidence might be embarrassing or damaging to the church or its membership, but that goes to the fraud claim (i.e., if there’s something so embarrassing or earth shattering that the First Presidency has been hiding because it could damage members’ belief in the enterprise, that is fraud by concealment). Moreover, the argument would be made that if the Brethren truly believe it all, then the material in their possession should support their belief and they should be happy to disclose it to the world…

“In my mind, the document discovery is the banquet they’re going for. This personal summons to Monson is just setting the table…” 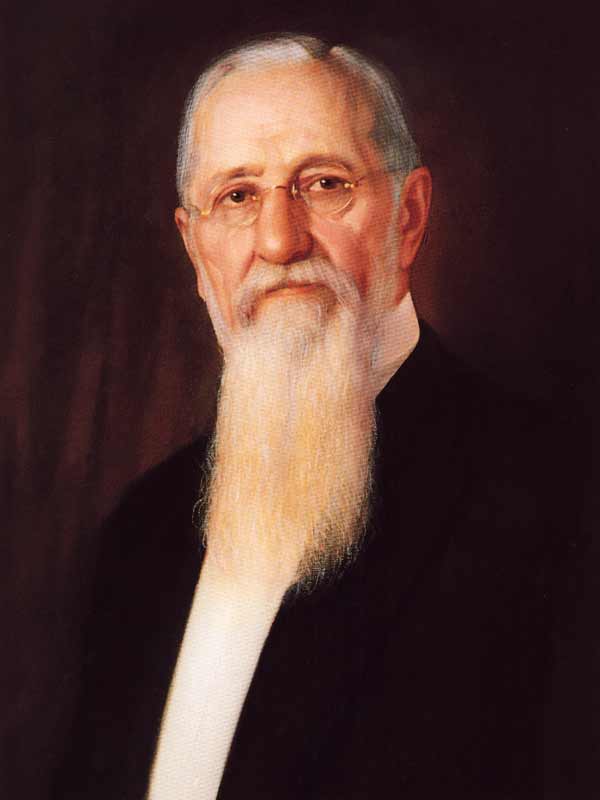 While it is unlikely that the Mormon prophet will, in the end, actually be questioned under oath in an open court on these historical claims, that scenario is not without precedent. In 1904 LDS Prophet and President Joseph F. Smith was questioned during the senate hearings for Mormon senator Reed Smoot. During the three days he was interrogated, President Smith admitted to several surprising facts including: the violation of federal laws in the continuation of the practice of polygamy by Church leaders, years after the Manifesto supposedly discontinued it; President Smith’s own disregard of both the Manifesto and the law, demonstrated in his fathering of eleven children by five wives since 1890; and that he, though a prophet, had not received any revelations up to that point in his life.

However, during these hearings President Smith’s testimony also included “false statements” and

“evasive answers, half-truths, and responses wherein he claimed not to remember some of his own statements, meetings he had had with church leaders, the words of fellow LDS authorities, and documents circulating throughout the church. He even denied knowledge of the beliefs and practices of LDS missionaries and elders.” (Richard Abanes, One Nation Under Gods, 338)

It will be interesting to see how this British summons plays out. Though people are divided on whether anything will come of it, most agree that the world will not see a “restoration” of the way ancient prophets answered their accusers. The attorney’s comment from exmormon reddit that I quoted above concluded:

“Peter stood in front of the Sanhedrin and declared with boldness that ‘by the name of Jesus Christ of Nazareth, whom ye crucified, whom God raised from the dead, even by him doth this man stand here before you whole.’ Paul stood before King Agrippa and declared ‘I am persuaded that none of these things are hidden from him; for this thing was not done in a corner.’ But now, in the dispensation of the fullness of times, the ‘prophets, seers, and revelators’ of God’s alleged one true church will send their lawyers to object, deny, tie legal knots, and build a trans-Atlantic wall of weasel words.”

As stated by another commenter elsewhere, with a Mormon twist and perhaps a bit more succinctly,

“I do not think we will see Abinidi boldly standing before King Noah this time. God uses lawyers in the latter days.”

Find continuing information on this news story at MormonThink.com.